MCCRACKEN CO. SHERIFF DEPT. ARRESTS SECOND WOMAN ON THE SAME DAY FOR SEPARATE CASE OF FELONY SEX ABUSE OF AN INMATE AT THE MCCRACKEN COUNTY JAIL 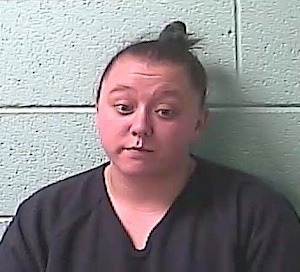 WOMAN FOR PRISON SEX.NUMBER #1: TAYLOR L. GOODIN, 25, OF PADUCAH, KY., WAS ARRESTED FOR HAVING SEX WITH AN INMATE AT THE MCCRACKEN COUNTY DETENTION CENTER iN PADUCAH.

Kentucky State Police have arrested a contracted employee with the McCracken County Detention Center on a charge of third-degree rape after she allegedly had sex with an inmate inside the jail.

According to the press release statement, on August 11, 2022 the Kentucky State Police Post 16, in Henderson KY., in Henderson County; was contacted by the McCracken County Jail regarding a report of a female employee of an outside company, contracted as kitchen staff at the McCracken County Jail, engaging in sexual intercourse with an inmate inside the jail facility.

The employee was identified as Taylor L. Goodin, 25, Paducah, KY. Following their further investigation, on Friday, August 12, 2022, Goodin was arrested and charged by Kentucky State Police with:

Taylor Goodin was taken to and lodged at the Marshall County Detention Center in Benton, KY.

In a second separate case, a second contracted female employee at McCracken County Detention Center was charged on the same day with third-degree rape. 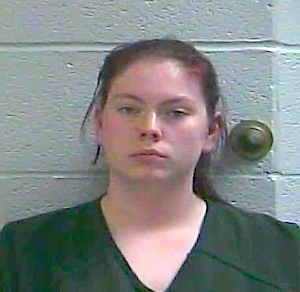 WOMAN FOR PRISON SEX.NUMBER #2: HAILEY WEBB, 22, OF PADUCAH, KY., WAS ARRESTED FOR HAVING SEX WITH AN INMATE AT THE MCCRACKEN COUNTY DETENTION CENTER iN PADUCAH.

A second woman working in the McCracken County Jail has been charged with third-degree rape after being accused of having sexual contact with an inmate.

According to the press release statement from the McCracken County Sheriff’s Office, they reported that they were notified by the jail on Friday, August 12, of an accusation that the woman, who was part of the jail kitchen staff, had potentially committed criminal acts in the jail. The sheriff’s office claims the woman, Hailey Webb, 22, of Paducah, KY., admitted to having a sexual relationship with an inmate.

Because Hailey Webb was a contracted employee working in the jail where the inmate was incarcerated, Hailey Webb was charged with third-degree rape; and she was arrested and jailed in the Ballard County Detention Center in Wickliffe, KY. 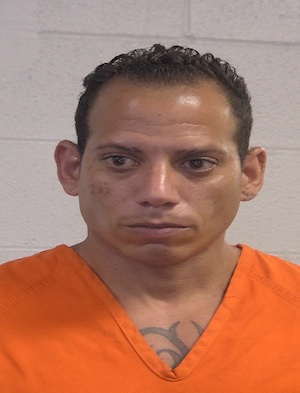 Jefferson County court records stated that Airan Hernandez Mendez, 33, of Louisville, was arrested on Wednesday, August 10, and was charged with:

The Louisville Metro Police Department press statement reported that the little girl told investigating officers that the abuse started when the girl was six and ended when she was seven.

The little girl told investigating officers that Airan Mendez would allegedly take her to the basement for sex acts.

The girl says he also made her watch obscene videos that included both adults and children.

The victim told her grandmother and aunt, who then called the Louisville Police Department.

Airan Hernandez Mendez appeared in Jefferson County Court in court for his arraignment on Thursday, August 11. A judge set Airan Mendez’s bond at $250,000 full cash only.