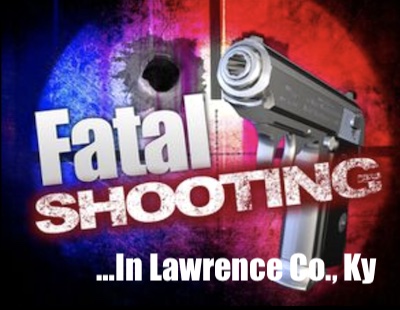 Jackson described the events leading up to and the actual killing as below on his FB page:

“…at approximately 06:20 a.m. the Lawrence County Sheriff’s Office responded to the area of Peach Orchard on reports of shots fired, possibly related to a burglary.

On arrival a witness stated one of the suspects, identified as 45 yr old Jerry Lee Maynard of Lawrence County was located in the woods by the property owner.

Maynard then disarms the property owner and a fight over the gun took place. Maynard was fatally shot during the struggle and pronounced deceased on scene by Lawrence County Coroner Wesley Heston.

Upon further investigation a warrant was obtained for second suspect, 42 yr old Green Ramey, also of Lawrence County. Green was arrested without incident and lodged at the Big Sandy Regional Detention Center.

The incident is still under investigation by Chief Deputy M. Keefer of the Lawrence County Sheriff’s Office.”

THE REPORT DOES NOT NAME THE PROPERTY OWNER WHO SHOT MAYNARD.