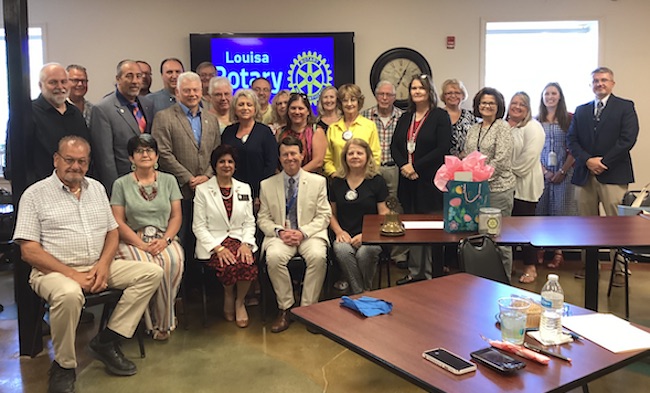 Sachdeva explained the devastation flooded so many areas in Eastern Kentucky and this was the first time Rotary had a disaster relief account designated so they could help everyone in our communities. The donations of $65,000 will be given out to the communities in gift cards starting next week. These gift cards will be given out in increments of $100 and $150. The gift cards can be used for food or cleaning, etc. Gifts cards will be handed out at State Parks and other Shelter Homes in Eastern Kentucky.

She said Rotary wants to be a good neighbor and this is a great way to bring the community together. 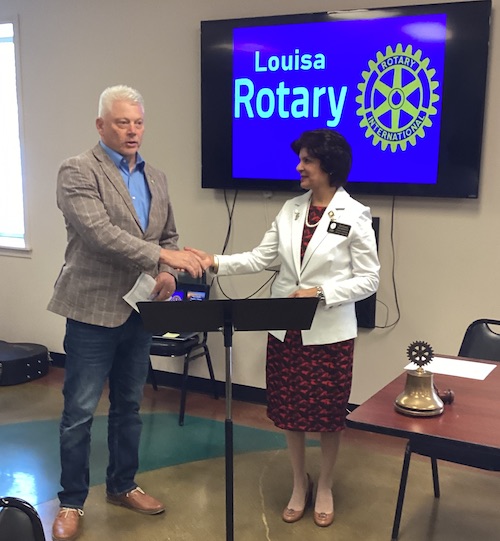 “We also have $250,000 in Rotary District Grants that will also be exchanged for gift cards for 250 children going back to school supplies,” Sachdeva said. “Each child will receive $100 gift card. The District #6740 Rotary has sent supplies and donated over 200 meals.”

Rotary is celebrating 100 years of Service and is looking to recruit, she said. Some Rotary Districts have foundations they sponsor, but Louisa Rotary does not.

Sachdeva said Rotary International is very close to ending Polio by 2026. There is now Genetic typing of each polio strand. The only 2 countries that still have polio are Afghanistan and Pakistan. 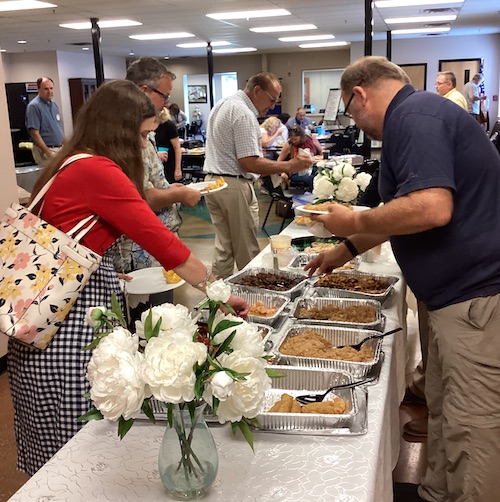 Septemberfest just around the corner…