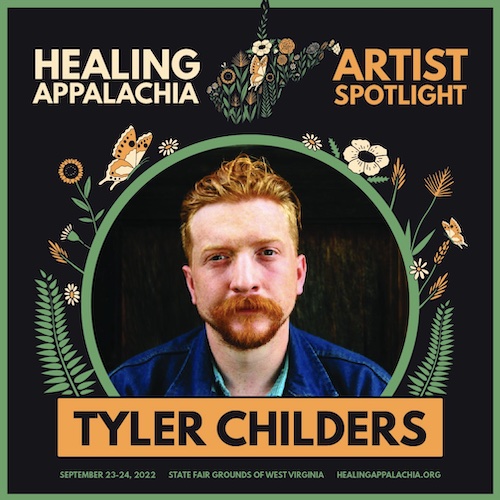 Childers grew up in Lawrence County, Kentucky, with a father in the coal industry and a mother who worked as a nurse. As a boy, he sang for his Free Will Baptist Church congregation and learned a few chords on a guitar given to him by his grandfather.

He absorbed the classic rock his father liked, along with country artists of the ‘80s, such as Alabama, Ricky Skaggs, and Hank Williams Jr. He started writing songs at 13 and occasionally played them for friends at parties. At 15, when his grandfather died, Childers turned to bluegrass as a way to remember him.

Tyler’s bound to put on a show, you won’t want to miss it!