This afternoon at 6pm the prettiest airport in the state, Big Sandy Regional Airport, went back to using the full 5,000 feet of runway that we were designed for. The runway safety area is now open on both ends (runway 3/21) and the tunnel for the road is completed. All that’s really left to do is finish the roadway through the tunnel and sow more grass seed.

The new hangars are completed and all electrical work will be finished next week. The roof on the main terminal building and hangar now has a new spray on roof. The original tin roof lasted 37 years and now I hope I won’t have to patch so many leaks. The runway was seal coated last week and today the new paint was applied. Everything is coming together so nicely and I couldn’t be prouder of our airport.

I normally would be very happy cutting grass and admiring all the beautiful things I’m seeing on top of this mountain everyday….

if it wasn’t for what I know my fellow Kentuckians are dealing with only 20 miles to the south of Big Sandy.I received my third phone call today from people who have flown into Big Sandy, checking on me and my family, hoping I wasn’t one of the thousands of people who lost everything. 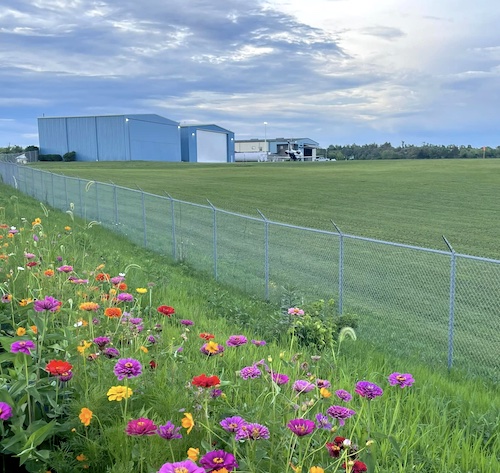 My old friend Kenny, from Alabama, used to fly here once a month when they owned Continental Conveyors in Salyersville. I hadn’t talked to him in several years, the first thing he said when I answered the phone, “I know that’s you Gary and I’m so glad to hear your voice, I sure hope all is well with you and your family!” When he hung up he said he has been watching all the news reports about the flooding and he and his wife have been praying for the people of our area. 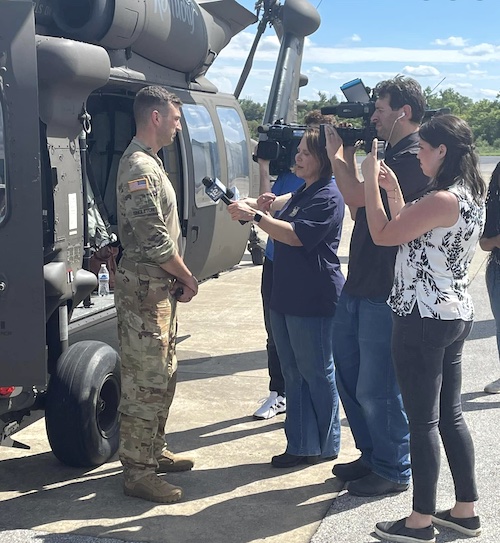 I make my living selling fuel. When I have three Blackhawk helicopters sitting at my fuel farm, rotors turning and ‘hot fueling’ so they don’t have to shut down, I’m usually very happy. It’s impossible to be happy to know that the Kentucky, West Virginia and Tennessee National Guard helicopters and the Kentucky State Police helicopters are fueling as quickly as possible and returning to the flooded areas to save people from roof tops.

The morning of the flood, Hazard airport had no electricity, nor did Pikeville. Hazard quickly got a generator ready to pump fuel but the 15 or more helicopters quickly ran them out of fuel. That’s when the National Guard called me and asked if I had power and how much fuel I had in my tank. I told them I had nearly 6,000 gallons and I would turn them around as quickly as I could. They told me to save all my fuel for them. 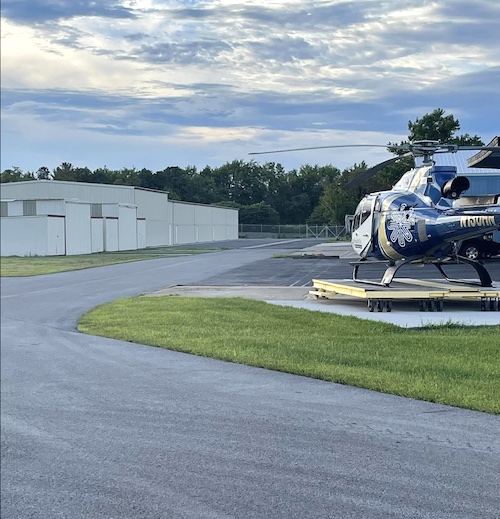 In the next 5 or 6 hours it was one helicopter after another, the pilots and crews survived on Little Debbie cakes and water, they never shut down. We tried to fix them hamburgers from the Cloud 9 but few of them took the time to eat.

As I said, normally I would be happy to sell all that fuel. Everything seemed normal here at the airport, the skies were clear, the weather was hot and steamy. I kept checking my tank gauge to see how my fuel was holding out when a Tennessee National Guard helicopter ‘hot fueled’ by the pumps. The guardsmen unbuckled and helped two women out of their Blackhawk. The ladies looked to be in their late 60’s or early 70’s, they looked scared to death and they were barefoot!

I nearly lost it, that was one of the saddest things I have ever seen, that’s when I realized just how bad things were for my fellow Kentuckians. As the guardsmen helped the ladies into the terminal building, I called Lauren, with the rotors making so much noise I could barely hear her answer, I said, “Get over to the airport and try to do something for the ladies that was just brought in.”

The women were from Breathitt County, they had lost the home their parents had build and they had lived in all their lives. All they had was the clothes on their back and their dog that they had rescued in a pillow case.

I never got the chance to talk to them. Lauren said they didn’t want any food and all they could talk about was their neighbors house they saw swept away by the floodwaters. They were more concerned about not knowing about the fate of their neighbor than what they were going to do.

Helicopters flying out of Big Sandy, Hazard, London and Pikeville did over 700 rescues. These guys and gals were working on pure adrenaline. I got to see first hand the dedication and determination of our National Guard and State Police.