GUSSLER MISSING AT BLAINE, FAMILY REACHES OUT FOR HELP

Hello all, my dad has gone missing. He lives right past the rich creek boat ramp on 32, in Kentucky. If you are coming from Louisa, it’ll be past the boat ramp. If coming from Blaine, it’s before. He was last seen at his house Wednesday evening. We do not know what time he left his house. 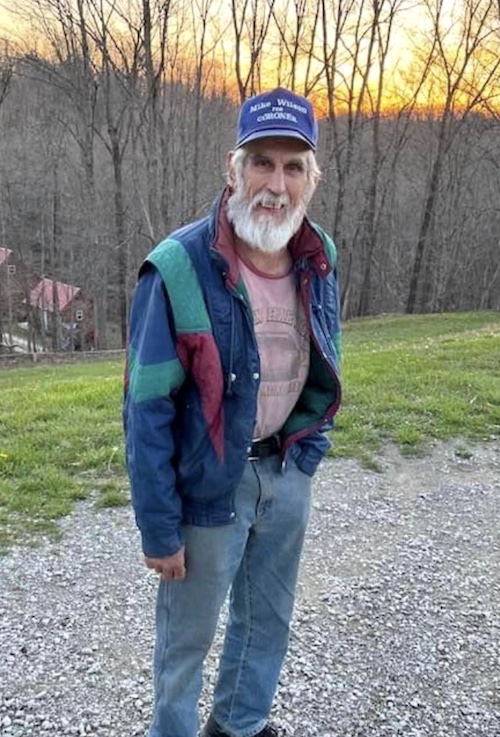 It is currently Friday, and he is still missing. The search began Thursday evening, and lasted all the way into this morning. My dad doesn’t drive, so he would be on foot. Unless someone has randomly picked him up, but again we don’t know!  He’s an 81 year old male, has brown eyes.

I’ve attached his picture. His shoulder droops, because I think it is dislocated. He wears the jacket you see in the picture, a lot! Please if anyone sees him contact me! We all believe he has dementia, so he wouldn’t know where he is at. His name is Don Gussler. All shares are appreciated, thank you for your help. Prayers are also appreciated!.  I’m so worried, and helpless because I am in Florida. All of us are just so upset, and worried. Please lord let him be okay!!
********

MISSING SENIOR NOT SEEN FOR JUST OVER 24 HOURS, REPORTED TO HAD DISAPPEARED THURSDAY NIGHT

An elderly man with early onset dementia was reported missing Friday from his home in Lawrence County, Kentucky, according to Lawrence County Emergency Management officials.

Don Gussler, 82, went missing from the Adams area community, and he is considered to be in danger, officials said.

Donald Gussler is described as about 6′ 2″ & around 180 pounds. He was last seen wearing a brown shirt, blue jeans, black shoes, and a blue University of Kentucky hat.

First responders have been searching for Donald Gussler since Thursday night, according to officials with Lawrence County Emergency Management.

Anyone who sees or has seen Donald Gussler, or has any information on his whereabouts, pleased you are asked to call your local 911 agency or the Lawrence County Sheriff Department at 606-638-4368.