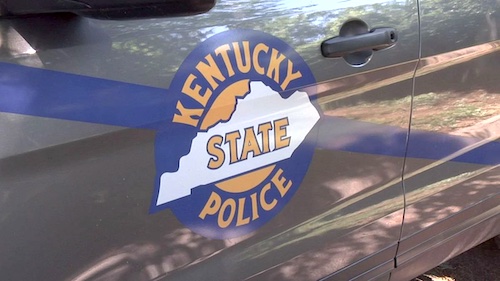 CIRT responded to the scene, and the investigation into the incident remains ongoing. A preliminary investigation reveals that a KSP trooper attempted to conduct a traffic stop on a KIA Soul near the 2 mile-marker on the Joe Prather Parkway (KY 313) near I-65. The vehicle failed to yield and a pursuit was initiated.

The pursuit continued westbound on the Joe Prather parkway with speeds reaching 100 mph before turning southbound onto US 31-W. The vehicle then made a U-turn and continued northbound on US 31-W before running a red light near the intersection of US 31-W and Gateway Crossing Boulevard. The vehicle then struck three vehicles in the intersection becoming disabled and catching fire in the southbound lanes.

The subject whose name has not yet been released, but was said to be a male Kentucky resident, was pronounced deceased at the scene by the Hardin County Coroner’s Office. The occupants of the other three vehicles were transported to Baptist Health Hospital with non-life threatening injuries. No law enforcement officers were injured during the incident.

The Kentucky State Police stated they are committed to being transparent while ensuring the integrity of the investigation. To protect the integrity of an ongoing investigation, it is KSP’s standard operating procedure not to release specific details until vital witnesses have been interviewed and pertinent facts gathered. Timelines to complete investigations vary based on the complexity of the case.