FOOTBALL DAWGS LOOKING TO TAKE THE NEXT STEP; TOUGH ROAD SLATE AWAITS WITH FIVE OUT OF SIX TO START THE SEASON

Louisa, Ky. — Coming off a 8-4 season and heartbreaking playoff loss to eventual state champion Belfry, the Lawrence Co. Bulldogs are looking to make the next step when practice kicks off next week. 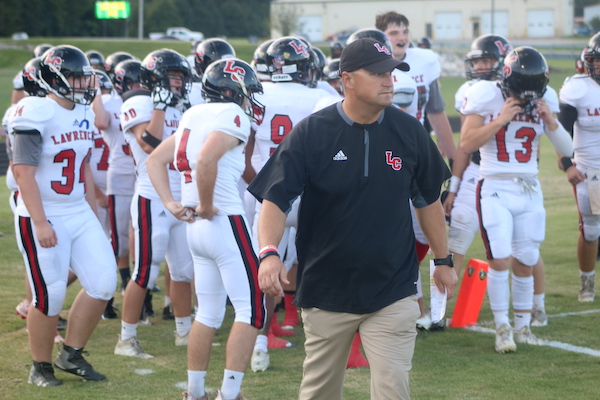 Bulldog Head Coach Alan Short is going into his seventh year and has complied a record of 32 wins and 31 losses.

Coach Short expects between 40 and 50 players when practice officially opens on Monday July 18th at 9:00 AM.

The Dawgs were tied with Belfry 14-14 in the fourth quarter before the Pirates took a 21-14 lead and then intercepted a pass inside the 15 yard line with under a minute to play to dash the hopes of a Lawrence Co. comeback.

It will be a battle at the quarterback spot in 2022 after Alex Strickland moved on to play at UVA-Wise and it looks like it will come down to Senior Kaden Gillispie, who spent time at quarterback, wide receiver and running back in 2021. He was the team’s leading pass catcher with 381 yards receiving and 3 touchdowns. Also, Junior Talon Pollack, who also spent some time under center will be in the running.

Whoever is calling the signals will be handing off to talented senior Dylan Ferguson who had a huge season in 2021 scoring a team leading 14 touchdowns and was second in rushing yards with 772, Senior Lawson Baisden, Juniors Ryan Marcum and Cody Crum could also tote the rock.

Juniors Jake Derifield and Luis Chicko will be counted on if the Dawgs decide to put the ball in the air.

Senior Logan Southers will handle the kicking duties once again.

The Bulldogs will be on the road for five out of the first six contests and will only have four home games this season at Luke Varney Jr. Memorial Stadium. 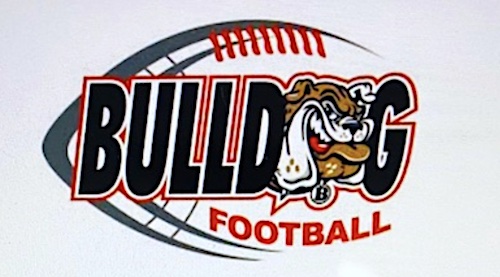