NETCARE AMBULANCE EMPLOYEE ARRESTED FOR DUI AFTER ACCIDENT NEAR BURNAUGH

911: WRECKED FLIPPED OVER AMBULANCE ON THE HIGHWAY:

NETCARE AMBULANCE DRIVER ARRESTED FOR DUI AFTER HE ALLEGEDLY CAUSED THE EMERGENCY VEHICLE HE WAS DRIVING TO TURNOVER ON U.S. 23 WHILE TRANSPORTING A PATIENT AND SECOND EMT 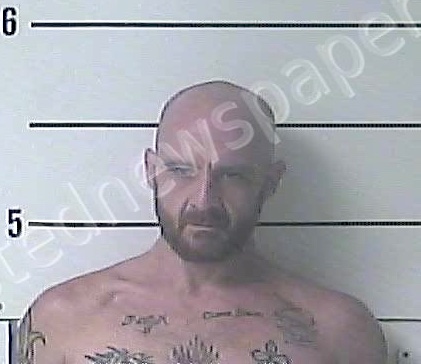 PATRICK TODD JARRELL, 38, OF ASHLAND, KY., WAS ARRESTED ON A DUI CHARGE, AFTER THE AMBULANCE HE WAS DRIVING WITH A PATIENT AND EMT TECHNICIAN, TURNED OVER ON U.S. 23 IN BOYD COUNTY EARLY SATURDAY MORNING.

A medical transport of a patient early Saturday morning in Boyd County ended with the driver of an ambulance in handcuffs and in the back of a law enforcement cruiser after he allegedly crashed the ambulance while allegedly driving under the influence.

According to a press statement release from the Boyd County Sheriff Office, a NetCare ambulance rolled over in a single-vehicle accident along U.S. 23, in the Burnaugh area, near the Lawrence County line around 2:00 A.M. Saturday, July 8.

The driver, along with a patient and a EMT caregiver in the back of the ambulance, were reportedly unharmed in the wreck. 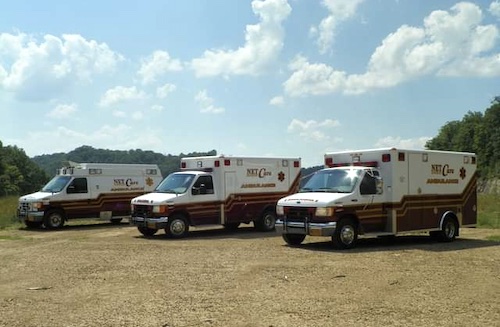 Initially, the driver, identified as Patrick Todd Jarrell, 38, of Ashland, Kentucky, told deputies that a deer ran out in front of the ambulance, but deputies say that Patrick Jarrell’s story kept changing.

Deputies conducted a field sobriety test on Jarrell, and afterwards arrested him under suspicion of Driving Under the Influence. The suspect was transported to and was lodged in the Boyd County Detention Center in Catlettsburg, KY.

The Boyd County Sheriff Office stated that Patrick Todd Jarrell could be facing additional charges once the investigation of the ambulance crash is completed.

Patrick Todd Jarrell has had a few run ins with law enforcement in the past few years, with four arrests in Boyd County between March 2015 & July 2018 which were for individual charges of: Failure To Appear; two Failure To Pay Support charges totaling $10,700; Non-Payment of Fines totaling $634, stemming from an arrest for misdemeanor charges of shoplifting and drug paraphernalia possession.

In addition, Patrick Todd Jarrell was arrested in Pike County, KY., in March 2003, on a Failure To Appear in court charge