SUSPECT WAS BRINGING DRUGS FROM LOUISVILLE WHERE SHE WAS LIVING, INTO LOUISA; SHE IS DESIGNATED FOR ENHANCED PRISON SENTENCING DUE TO HAVING MULTIPLE PREVIOUS FELONY OFFENSES 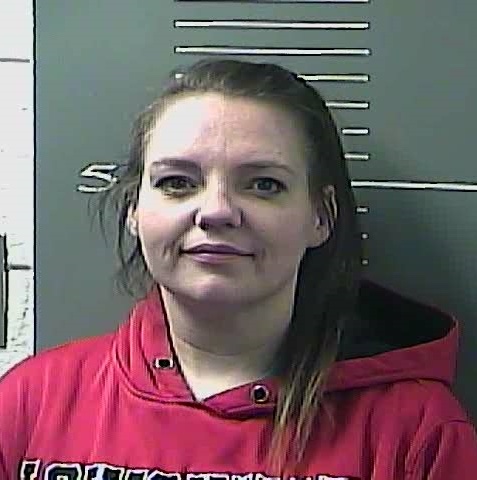 FEMALE DRUG MULE COURIER: SHELLEY A. COLLINS, 33, OF LOUISVILLE, KENTUCKY, BUT A NATIVE OF LOUISA, WHO WAS INDICTED ON FEDERAL DRUG CHARGES, STEMMING FROM A TRAFFICKING BUST IN LOUISA ON MARCH 30, 2022.

A woman who is a native from Lawrence County, is facing the potential sentence of life in a federal  government prison, after being indicted on a federal drug charge.

Shelly A. Collins, 33, of Louisville, KY., but originally from Louisa, was indicted on one count of possession with the intent to distribute 500 grams or more of meth, after already having a serious drug felony conviction.

She was arrested by the Louisa Police Department on March 30, after an officer went to check on a car that had been reported as stolen and found her in the car, along with 3 pounds of methamphetamine, an ounce of heroin and 2 ounces of marijuana.

The deepening of the legal woes for Shelly Collins was due to the large amount of meth that attracted the attention of federal prosecutors, who have now obtained an indictment for possession with the intent to distribute.

Because of Shelly Collins having an extensive criminal history, with at least 19 arrests on three dozen charges in Kentucky since October 2009, (most of them in Lawrence County and Johnson County) resulting in having multiple felony convictions in Shelly Collin’s past including one for drug trafficking and her having did a stint in state prison.

Shelly Collins is now facing an enhanced sentence of at least minimum of 15 years in federal prison, to up to a potential maximum of a life sentence.

That is also added to that Shelly Collins still faces state case charges from her arrest earlier this year.

Shelley Collins has remained in the Big Sandy Regional Detention Center in Paintsville, where she has been held since her arrest back in March.

NETCARE AMBULANCE EMPLOYEE ARRESTED FOR DUI AFTER ACCIDENT NEAR BURNAUGH