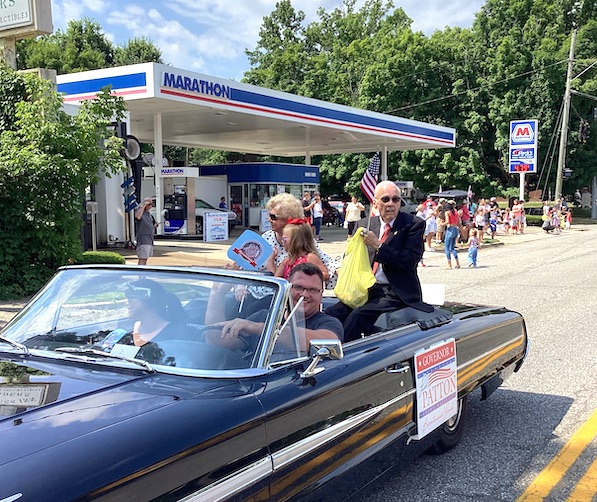 On Saturday July 2, 2022 there was a Bicentennial History Hike Around Louisa by LC Tourism Chairman Wes Kingsmore. The LC Public Library was also open with displays and the Bouncy House, Archery, Dunking Booth, Arts & Crafts booths opened along with the Fred M Vinson Museum and concessions with Food and Drink.

The Celebration continued with the parade at 11AM featuring Governor Paul Patton as Grand Marshall. At Noon at Main Stage Eric Clevenger gave a presentation opening Louisa Trace Road and Paul Patton have a few words for the crowd. The LCHS Percussion Band played Star Spangled Banner and My Old Kentucky Home under the direction of Scott Smith.

At 12:30 the ‘Car Cruise In’ was at the Courthouse (Courthouse Main Cross Street) by Coordinator Chaswade (Chas) Moran. At 1PM the Gospel Group Living Water performed then at 1:45 West Liberty Mountain Boys with then Bluegrass sound. Later was JB Messer at 2:30, 3:15 was Savanna & Zach Wright and Michell Wallace (MC) Sandy Jobe was the Coordinator.

Between Bluegrass acts there were Eating Contests including Hotdog, Watermelon and Blueberry Pie. No reporting on who won the contests. 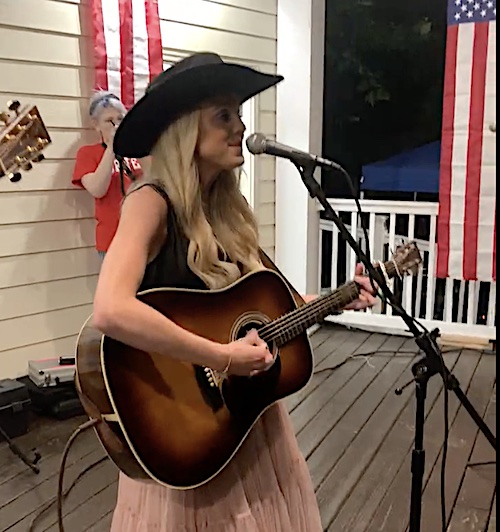 Mark Wood had a Magic Show and Strolling Balloons. At 4PM there was a Rubber Ducky Drop in the Levisa River at the Louisa KY/Fort Gay WV Bridge.

The Hot Air Balloon Ride at the new soccer field behind the Louisa Plaza had to be cancelled because of weather conditions.

The evening continued with Alan “Corduroy” Brown, The Carpenter Ants Band and Funkle Sam Band. At 10PM FIRE WORKS began in the City of Louisa. 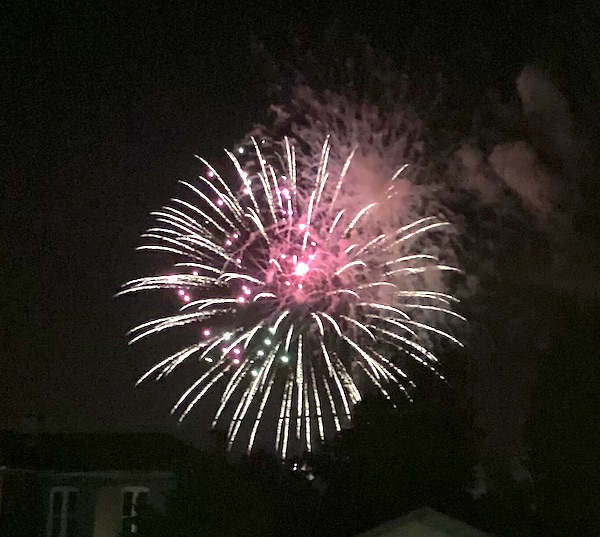 TRANSFORMATION OF ONLINE GAMES IN MICHIGAN