FREE MEALS TO ALL STUDENTS THIS SUMMER! Biden signs extension of Covid program 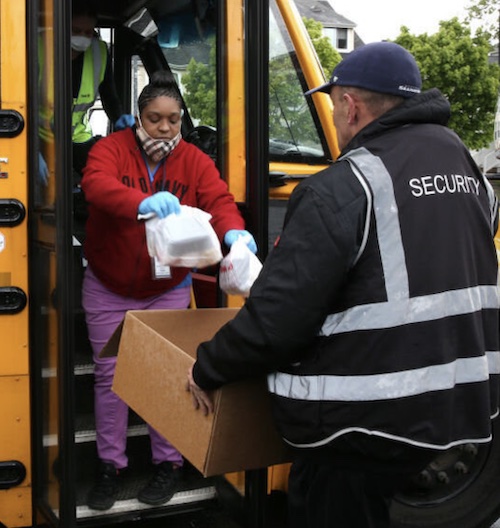 Congress has passed and President Biden has signed a one-year, $3 billion extension of pandemic waivers for school meals. “Proponents said the extension would prevent ‘a summer hunger crisis’ and called for Congress to expand the school food program, rather than limit access,” Chuck Abbott reports for the Food & Energy Reporting Network. “The extension allows free meals to all students this summer, increases the federal reimbursement rate to schools for each meal served and gives schools leeway throughout the 2022-23 school year in meeting nutritional standards for meals while they cope with supply shortages.”

Thanks to federal aid, school meals have been free to all students since the beginning of the pandemic. But when classes resume in the fall, schools will return to the pre-pandemic system of serving free meals only to children from low-income households unless the school district has a different arrangement, Abbott reports.

{Lawrence County Supt. Dr. Rob Fletcher has been asked for comment concerning local schools participation in the program but has not responded thus far.}

Senate Agriculture Committee Chair Debbie Stabenow, D-Mich., “said she was disappointed by the removal, during Senate negotiations, of a provision that offered meals for free in the new school year for children who ordinarily would qualify for reduced-price meals. Revival of the reduced-price category allowed enactment of the extension before the current set of nutrition waivers expires on June 30,” Abbott reports. “Elimination of the reduced-price category has been proposed periodically for years. About 6% of students fall into that category and pay up to 40 cents for lunch. Two-thirds of lunches are free to pupils from households with incomes below 130% of the federal poverty line. Children pay a reduced price for lunch if they are from households with incomes between 130% and 185% of the poverty line.”

The Food Research and Action Center, an anti-hunger group, said the extension was a “critical first step to help avert a summer hunger crisis” but said more is needed, Abbott reports. “Without access to free school meals, an alarming number of children will be at risk of hunger,” said the group in a statement. “As we look ahead to the upcoming school year, we call on Congress to make additional investments in child nutrition programs through the upcoming budget reconciliation to prevent child hunger and support children’s access to free school meals.”
Written by Heather Chapman Posted at 6/27/2022 11:17:00 AM
ShareTweetPinShareScan
Next Post