Though the overturn of Roe v. Wade is getting top billing in most news media, the Supreme Court issued another landmark decision this week. 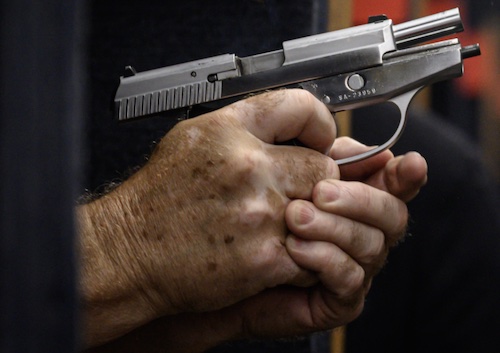 “The Supreme Court ruled Thursday that law-abiding Americans have a right to carry a handgun outside the home for self-defense, issuing a watershed constitutional ruling against firearm restrictions as the nation reels from a spate of mass shootings and its political leaders are divided over how to curb such violence,” Robert Barnes and Ann Marimow report for The Washington Post. “The court’s conservatives prevailed in a 6-to-3 decision that struck a New York law requiring a special need for carrying a weapon and puts at risk similar laws in Maryland, California, New Jersey, Hawaii and Massachusetts.”

In the majority opinion, Justice Clarence Thomas wrote that the Second Amendment must be subject to the same rules as other amendments: “We know of no other constitutional right that an individual may exercise only after demonstrating to government officers some special need.”

In the dissenting opinion, Justice Stephen Breyer noted that there have been more than 275 mass shootings in the U.S. since January, and that gun violence is the top cause of death for children and teens in the U.S., the Post reports. The Second Amendment allows state and local governments to address gun violence, he wrote, but the Supreme Court ruling will make that more difficult.

Also on Thursday, the Senate passed with a 65 to 33 vote a bipartisan gun-control bill that marks the most significant such legislation in decades, Melissa Quinn reports for CBS News. President Biden is expected to sign it.