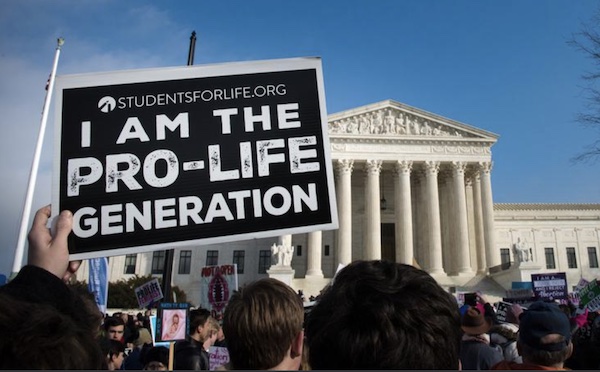 This means that each state will once again have the authority to decide its own abortion laws, as was the case for the first 185 years after the U.S. Constitution was adopted. Once again, citizens will be entrusted with the opportunity to save lives. For information on what the current law is in Kentucky and what will now happen as a result of this decision, please visit www.AfterRoe.com/Kentucky.

Statement from David Walls, Executive Director of The Family Foundation:

“This is a historic and momentous day for human dignity and the rule of law in America. Roe v. Wade was egregiously wrong, poorly reasoned, and patently unjust—it’s reversal means that Kentucky will once again be able to protect living preborn children, enact commonsense medical safeguards for women, and better ensure the integrity of the medical profession.

“As we reflect on the work of the last 49 years and the more than 62 millions babies lost, we are grateful for the work of all those who have boldly stood for life in the womb, from churches and pregnancy resource centers to the legislature and courts of law.

“But this is only the beginning. Kentucky must pass the Yes for Life Constitutional Amendment on November 8, 2022 to ensure that no state court can ever repeat the injustice of Roe v. Wade and invent a state constitutional right to abortion or abortion funding.

“Today is a new day in Kentucky and the nation. But, this freedom to protect life comes with a great responsibility. There is more work to be done and Kentuckians—through pregnancy help centers, their local churches, and as individuals—can, and must, lead in forging a culture of life in America,” Walls concluded.

What Will Happen in Kentucky

An April 2022 Wall Street Journal poll found that more Americans support banning abortion after 15 weeks, than those that oppose.

Despite being criticized by both conservative and liberal legal experts and sparking a national controversy that embittered our political culture for the past half-century, Roe v. Wade prevented States from enacting updated abortion laws informed by modern scientific developments. Instead, Roeallowed a living unborn child to be killed up until birth and mandated that States allow late-term abortions rejected by all except a handful of nations in the world.

Since Roe, over 62 million people have lost their lives to abortion in America.

The Family Foundation is the leading Christian public policy organization in Kentucky and stands for Kentucky families and the Biblical values that make them strong. Learn more at kentuckyfamily.org. 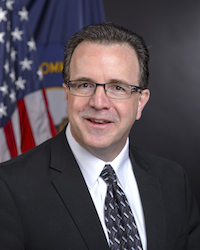 FRANKFORT, Ky. (June 24, 2022) – “As Kentucky’s 47th Auditor of Public Accounts, the oath that I took for this office was to uphold the U.S. and Commonwealth’s constitutions and be ‘…faithful and true to the Commonwealth of Kentucky.’  I believe that oath includes supporting and upholding the law of the land in our nation and our Commonwealth.

Long before I became Kentucky’s Auditor, I have been an advocate for the sanctity of life. During my 13 years in the Kentucky House, I was a proud member of the pro-life caucus and worked many years alongside other legislators in sponsoring legislation to put an end to abortion.

Today’s decision in the Dobbs case reaffirms the work of myself and other current and former state legislators, establishing Kentucky as a place where all life, both born and unborn, is protected.”

The Auditor of Public Accounts ensures that public resources are protected, accurately valued, properly accounted for, and effectively employed to raise the quality of life of Kentuckians.

Call 1-800-KY-ALERT or visit our website to report suspected waste and abuse. 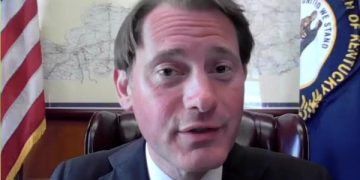 “Today, the Supreme Court returned the right of self-government to the States and to the People, as contemplated by the Constitution. In Kentucky this fall, our people will have the opportunity to express their view on this issue, via Constitutional Amendment Two.

The Court’s decision follows a half-century of hard and diligent work by people of faith, elected officials, attorneys, and activists. As abortion will remain legal in many states, including at least one of our neighboring states, that hard and diligent work must continue, in a different form: ensuring adequate support – financial and emotional – of those facing this difficult choice.” 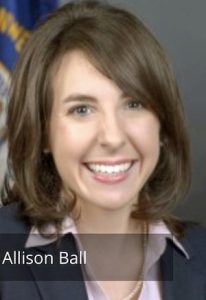 FRANKFORT, Ky. (June 24, 2022) – As a mother of two, a dedicated supporter of pregnancy centers across our Commonwealth, and a Pro-Life elected official, I am grateful that Roe v. Wade has been overturned.

For those of us who rejoice in the chance to protect life, this is our opportunity to provide real support to mothers, children, and families. We must rally around them and ensure that every life has a chance to fulfill his or her potential. As a state and nation, we must view this historic moment as an opportunity to become a better America that helps families through effective and supportive policies, systems, and institutions. I am hopeful that we can use this moment in history to grow in character, in compassion, and in love, so we can emerge a better people, for ourselves, our children, and the generations saved by this change.