ALLEGED CRIMINAL SEX ABUSE INCIDENTS BY WOMAN, WHO IS ALSO THE SCHOOL ADMINISTRATOR ALLEGEDLY HAPPENED OVER PERIOD FROM 25 YEARS TO 15 YEARS AGO INVOLVING TWO MINORS 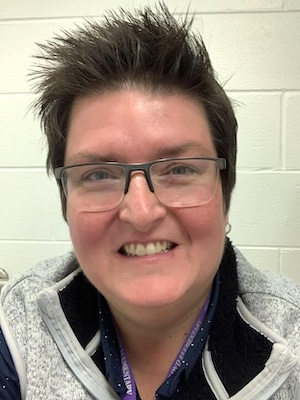 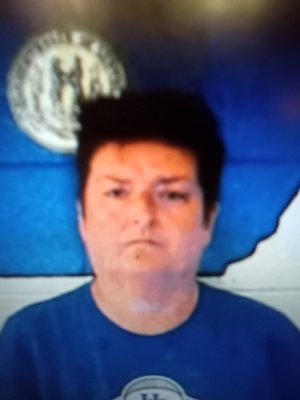 APRIL BRADFORD, 50, OF WEEKSBURY, KY., WHO IS THE ASSISTANT PRINCIPAL & ATHLECTIC DIRECTOR AT SOUTH FLOYD COUNTY ELEMENTARY SCHOOL, AND IS ALSO AN ADMINISTRATOR FOR FLOYD COUNTY, KENTUCKY SCHOOLS, WAS INDICTED BY A FLOYD COUNTY GRAND JURY, AFTER AN INVESTIGATION BY KENTUCKY STATE POLICE, FOLLOWED BY A SPECIAL UNIT OF THE KENTUCKY ATTORNEY GENERAL OFFICE.
Kentucky Attorney General Daniel Cameron announced a Floyd County school administrator had been indicted for sexual assault charges on Thursday. The indictment comes after action from the Special Prosecutions Unit.

Attorney General Cameron announced Thursday that action by his Special Prosecutions Unit resulted in the indictment for alleged crimes involving the sexual assault of minors going back a quarter of century (25 years ago).

On June 15, 2022, a Floyd County Grand Jury indicted April Bradford on eleven (11) counts of unlawful transaction with a minor first degree, a Class B Felony, punishable by 10-20 years in prison; one (1) count of sodomy second degree, a Class C Felony carrying a 5- to-10-year potential sentence; and seven (7) counts of sodomy third degree, a Class D Felony, with a penalty of up to five years.

In all, if found guilty at a criminal trial by jury April Bradford faces anywhere from 122 years to 265 years in state prison.

The charges are related to allegations made by two victims who were minors between 1997 and 2007, at the time the alleged crimes occurred.

The case was investigated by the Kentucky State Police, who began investigating the case when they became aware of the allegations in January 2022. Special Prosecutions Unit Executive Director Rewa Zakharia presented the case before the Floyd County Grand Jury on behalf of the Commonwealth.

A Floyd County Circuit Court judge issued a warrant for April Bradford’s arrest; and April Bradford was shortly arrested thereafter by police, and was taken to the Floyd County Detention Center in Prestonsburg, KY. on Wednesday, but she has since been released and is now out on bond.
Floyd County School Superintendent Anna Shepherd told the Lexington Herald-Leader on Thursday that several weeks ago, district officials became aware of the state police investigation concerning inappropriate and potentially criminal conduct engaged in over a decade ago by the administrator. The assistant principal was suspended at that time, pending the outcome of the investigation.
She has not been allowed since to enter the district property grounds and the matter was reported to the Kentucky Education Professional Standards Board.
Superintendent Shepherd said she was prohibited from commenting on personnel matters. However, Superintendent Shepherd did release the following statement in regards to the public circumstances involving the case:

“Upon receiving notice of this investigation, the district consulted with board counsel and took prompt action, suspending the administrator from employment pending the outcome of the investigation and further information being received.”

“During this suspension, the administrator was instructed to not enter the grounds of any district property and the matter was reported to the Educational Professional Standards Board. Our policy prohibits us from talking about personnel matters until final action is taken.”

According to the Floyd County Schools website, April Bradford has been the assistant principal at South Floyd Elementary School, and is also the athletic director. She has 26 years of education background, of which 24 years were in the classroom and two years in administration.

This criminal case remains under investigation by the Kentucky State Police and the Attorney General Office of Kentucky.

Lawrence County Court Docket for the week of June 13-17