ATTORNEY FOR MICHAEL HOGAN FILED MOTION AFTER HOGAN STATED HIS PLANNINGS WERE DISRUPTED AND FOUND HIMSELF IN DISPUTE AFTER HE WAS NOTIFIED HIS LEGAL EXPENSES THAT HAD BEEN PAID THROUGHOUT HIS CASE BY AN INSURANCE POLICY PROVIDED BY A KENTUCKY INSURANCE CARRIER WAS STOPPED AT THE END OF MARCH. 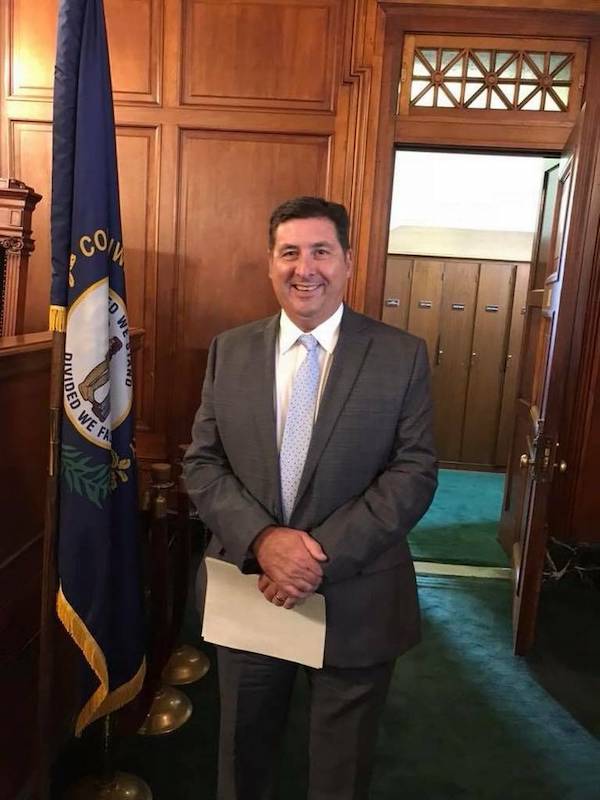 ATTORNEY FOR LAWRENCE COUNTY MIKE HOGAN, AND HIS WIFE JOY HOGAN, WHOSE FEDERAL PRISON SENTENCING WAS SCHEDULED FOR WEDNESDAY, JULY 6, HAS BEEN DELAYED BY U.S. FEDERAL DISTRICT JUDGE UNTIL MONDAY, SEPTEMBER 27, 2022.

A federal judge has granted a continuance in the sentencing of former Lawrence County Attorney Michael Hogan and his wife, Joy, on federal wire fraud and theft charges.

The Hogans were scheduled to be sentenced on Wednesday, July 6, but U.S. District Judge Gregory F. Van Tatenhove granted Michael Hogan’s request to delay the proceedings and set a new sentencing date of Monday, September 27.

Michael Hogan’s attorney, Jarrod J. Beck, requested the continuance, saying in a motion filed on Friday, June 3, that he needed more time to prepare for the sentencing.

Mr. Beck said that the former county attorney Hogan’s legal expenses had been paid throughout the case pursuant to an insurance policy provided by the Kentucky Association of Counties (KACo), but its insurance carrier notified Mr. Hogan by letter in early May that it would not provide coverage following his re-arraignment on March 28, 2022.

“Based on past experience with KACo, counsel believed this determination was erroneous and engaged the insurance carrier about the issue,” attorney Beck said in the motion. “The service providers identified by counsel were forced to cease work in the interim.Counsel also communicated with the United States District Court Clerk’s Office to determine the appropriate procedure to request appointment of counsel for Mr. Hogan under the Criminal Justice Act if the coverage issue remained unresolved.”

Mr. Beck said the insurance carrier has since confirmed that Michael Hogan coverage will continue through sentencing.

“However, the delay has impacted undersigned counsel’s ability to adequately prepare for Mr. Hogan’s sentencing and resulted in at least one of the service providers no longer being able to assist with the case,” attorney Beck said onward in the motion.

The service providers Jarrod Beck referenced in the motion were a forensic accountant and an investigator hired to review transactions and other material relevant to the issue of loss amount, which is the actual loss sustained by the victim or the loss intended by the perpetrator, whichever is greater.

“This additional time will permit undersigned counsel to identify and to resume work with service providers to fully address the loss amount issue at sentencing,” the motion for Mike Hogan further said.

The September 27 sentencing hearing will be held in federal court in Frankfort, KY.

According to their federal plea agreements, the Hogans’ conspired with each other to commit wire fraud by issuing checks from a second delinquent tax account for the Lawrence County Attorney’s Office, the statements for which went to their personal residence.

Michael Hogan and Joy Hogan routinely prepared “bonus” checks issued to Joy Hogan and signed by Michael Hogan paid with delinquent tax funds that should have been used on operating expenses for the Lawrence County Attorney’s Office, the plea agreements said.

The Hogans’ deposited the checks into Joy Hogan’s personal account and the couple’s joint accounts, and they spent the funds on personal expenses, the agreement says. Michael Hogan admitted he personally benefited from the payments and knew some of the payments were not reasonable in amount, nor beneficial to the public, the plea agreement said.

According to the federal indictment, between March 8, 2013 and April 30, 2020, Michael Hogan paid his wife more than $365,000 from the Lawrence County Delinquent Tax Account.

According to the federal plea agreement in his case, Michael Hogan billed the program for more hours than he actually worked.