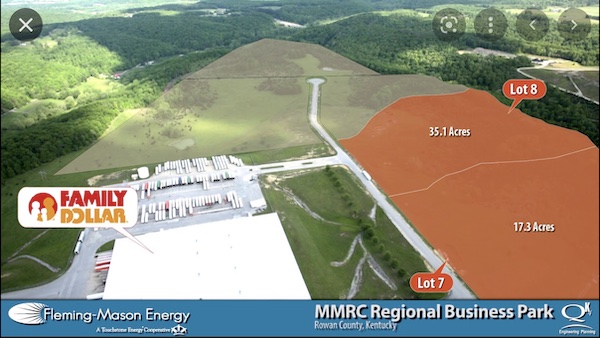 “We are committed to ensuring every Kentucky community is positioned to be successful, and that means we will continue to invest in the sites and buildings that will support the commonwealth’s economy and workforce of the future,” Gov. Beshear said. “Kentucky is home to numerous industrial sites ready to attract and support any business looking to expand quickly and efficiently and this project will increase those efforts. I want to congratulate the local leadership in Morehead and Rowan County for their commitment to the commonwealth and am excited to see the success of this site in the future.”

The project will see the construction of a new 150,000-square-foot pad that will include extensive upgrades in site work for grade, drain and infrastructure extensions. The pad will sit on more than 22 acres of land and will be located at 1099 Industry Drive in Morehead. Construction of the pad is expected to be completed at the end of July 2022, and any company seeking to locate or expand in the region that meets the park’s guidelines will be considered for the site.

Rowan County Judge/Executive Harry Clark is encouraged by the jobs and future economic success that the project will bring to Rowan County.

“We are grateful for the PDI project and the receipt of this funding to allow for the investment of infrastructure and land projects to further support economic development in Rowan County and the MMRC Regional Industrial Park,” Judge Clark said. “The development of land that is site-ready is an investment into jobs and our future.”

Jason Slone, president and CEO for the Morehead-Rowan County Chamber of Commerce and Economic Development Council, noted the future opportunities this investment will bring to the community.

“The Kentucky Product Development Initiative is a great opportunity to spur innovative opportunities to continue the economic success across the commonwealth, and here in Morehead-Rowan County at the MMRC Regional Industrial Park,” Slone said. ‘We have a world-class park that is open for business and the PDI funding will allow us to develop and recruit our next partner to the region.”

PDI boosts the commonwealth’s ability to attract a diverse base of businesses of every size. This adds to the state’s numerous other advantages, including its ideal geographic location with its borders within a day’s drive of two-thirds of the U.S. population, among the lowest industrial electric costs in the nation and a skilled workforce ready to meet the needs of any company.

The investment in the Rowan County site furthers recent economic momentum in the commonwealth as the state builds back stronger from the effects of the pandemic.

In 2021, the commonwealth shattered every economic development record in the books. Private-sector new-location and expansion announcements included a record $11.2 billion in total planned investment and commitments to create a record 18,000-plus full-time jobs across the coming years. Kentucky’s average incentivized hourly wage for projects statewide in 2021 was $24 before benefits, a 9.4% increase over the previous year.

In the last year, the Beshear administration announced the two largest economic development projects in state history. In September 2021, Gov. Beshear and leaders from Ford Motor Co. and SK Innovation celebrated a transformative $5.8 billion investment that will create 5,000 jobs in Hardin County. Earlier this month, the BlueOvalSK Battery Park was named to the Manufacturing Projects of the Year by Area Development. And in April, the Governor was joined by leadership at Envision AESC to announce a $2 billion investment that will create 2,000 jobs in Warren County. These announcements solidify Kentucky as the EV battery production capital of the United States.

The economic momentum has carried strongly into 2022, with both S&P Global Ratings and Fitch Ratings upgrading Kentucky’s financial outlook to positive in recognition of the commonwealth’s surging economy.

For April 2022, the state budget director reported the highest-ever monthly General Fund receipts of $1.84 billion. That is up 34.9% over last April’s collections, bringing Kentucky’s year-to-date growth rate to 16.4%.

Site Selection magazine placed Kentucky at 6th in its annual Prosperity Cup rankings for 2022, which recognizes state-level economic success based on capital investments.

For more information on the Product Development Initiative, click here.

A detailed community profile for Rowan County can be viewed here.

THE LOUISA LIBRARIAN IS LOOKING FOR 2 'QUALIFIED EMPLOYEES'; LIBRARY PROGRAM WILL FEED THOUSANDS THIS SUMMER