THE LOUISA LIBRARIAN IS LOOKING FOR 2 ‘QUALIFIED EMPLOYEES’; LIBRARY PROGRAM WILL FEED THOUSANDS THIS SUMMER

1. May 2022 Minutes – Motion by Scott Osborn 2nd Marc Lester. None opposed. No discussion.

4. 2022-2023 Final Budget – Motion by Susie Chambers 2nd by Marc Lester. None opposed. (Pelfrey said “I made changes to line 611, added income for Summer Feeding since library is reimbursed and I wanted to keep it separate.” 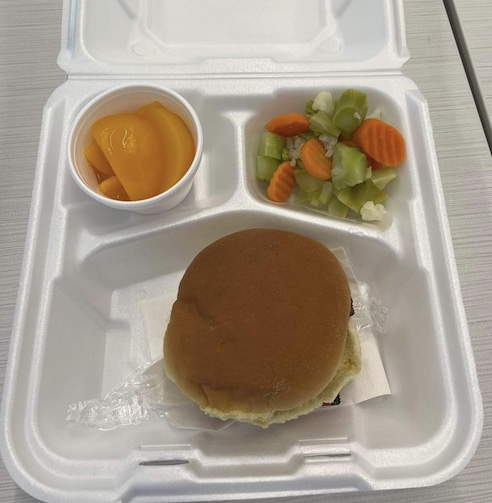 Lunches from Dee’s Dairy Bar, given to anyone 18 and under, like this are served at the Public Library each day this summer!

5. Staff Discussion on Library Employees’ Contracts – Motion by Marc Lester 2nd by Susie Chambers. None opposed. Pelfrey said, “I sent a copy of the employee contracts to everyone earlier (that day) and it’s the same for employees except variations in pay, sick days, vacation or service yrs it would also  identify job and description.”

Last month Ms. Pelfrey gave herself and all other employees at the Public Library an 8% raise which is reflected on the budget.

6. Board Update –  Pelfrey said in discussion, “There were 86 programs at the library and 2,259 people were in attendance,” Pelfrey told the board.

The meeting lasted for 29 minutes and the electricity went off just before it started.

Editors Note — Mrs Carly Pelfrey acted, as usual, in an unprofessional manner at the meeting and refused to even give our reporter a copy of the agenda. She sent an email a couple of weeks ago about what bank the library does (the public’s) business with, which indicates the library does business with all four banks in town. Still nothing on who held the $6.5 million before it was spent this year and where the more than $1.5 million they still have left is kept.

FORMER LOUISA HOSPITAL DIRECTOR ORDERED TO PAY BACK $781,000; GETS 33 MONTHS IN PEN