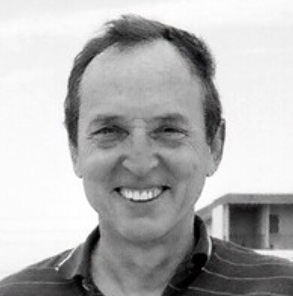 Donald Wilson Stanfill, 93, passed away peacefully at Brightview Senior Living in Severna Park, Maryland on Monday, May 30, 2022. He was surrounded by his wife of 67 years, Jo Ann Stanfill (Patton), his four children and their spouses.

Don was born January 20, 1929 in Louisa.  His parents, Laura Skaggs (Wilson) and Carl Guy Stanfill, divorced when he was an infant. Don, along with his older brother Bobby, was reared by his mother Laura. He spent his childhood and teenage years in Louisa surrounded by aunts, uncles, cousins, and his grandmother. Don and Bobby, along with cousins Harold Gene and Charlie Britton, lived the life of Tom Sawyer and Huck Finn on the banks of the Big Sandy River.

Don attended the University Kentucky under an ROTC scholarship. As a member of the UK Rifle Team, he was an NCAA Champion and the first recipient of a varsity letter awarded in that sport. At the age of 23, Don paused his college education to accept a commission in the United States Army as a 2nd lieutenant.  He served in Korea with honor from 1953 to 1954.  Following his service in Korea, Don returned to the University of Kentucky where he completed a Bachelor of Science in Mechanical Engineering. Prior to his graduation, he took Jo Ann Patton, also of Louisa, as his wife.

In 1963, Don moved his young family from Cincinnati, Ohio to join the space program at NASA, Goddard Space Flight Center, in Greenbelt, Maryland where he worked until his retirement in 1994. During his career at NASA, he was a highly successful project manager. The apex of his career was the design and construction of Goddard’s High Bay Clean Room, the largest clean room in the world. Following retirement from NASA he worked as a consultant for Jackson and Tull Chartered Engineers. His projects for J&T included overseeing the refurbishment of the National Science Foundation’s Scientific Stations in Antarctica. While in Antarctica he had the once in a lifetime experience of visiting the South Pole.

Don was happiest when he was surrounded by his family, a rare steak, and a glass of single malt scotch. He loved to cook for his family and friends and was well known for placing a whole potato in a 5-gallon pot of his famous vegetable beef soup. An avid golfer, Don played in a senior league well into his 80s. When he wasn’t golfing, he could be found with a fishing rod, crab net or pool cue in his hand. Unknown to many, Don was an artist who painted in oils. He also had a passion for photography, frequently developing film, and printing photos in his darkroom.

In addition to his parents, Don is predeceased by his brother Robert Sherrod Stanfill, his half-sister Janice Pfeffer (Stanfill) and his stepfather, Herb Skaggs. Don is survived by his wife, Jo Ann Stanfill (Patton), his four children and their spouses: Craig Stanfill & Sharon (Buckalew), Karen Stanfill Fox & Kevin, Kristal Stanfill Weaver & Keith, and Kelly Stanfill Carey & James. Additionally, he is survived by 10 grandchildren and 6 great grandchildren. He is also survived by his half-brother David Michael Stanfill and his wife Kim.

A service of remembrance was held at Barranco Funeral Home on Friday, June 3.  Burial was at the Veterans Cemetery in Crownsville, Maryland on June 8th.