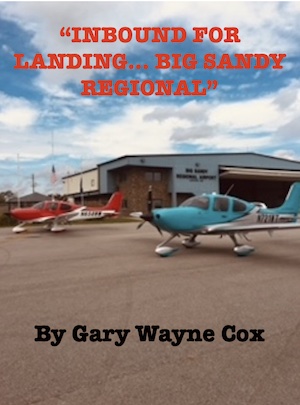 People always ask me what is the hardest part of learning to fly.  They don’t believe me when I tell them that I think talking is the hardest part of flying: talking to air traffic controllers in different parts of the country.  Different areas have different terminology, different accents and unique ways of doing things.  When I fly into an airport I have never been to before, I’m always a little apprehensive about what to expect.

Air traffic controllers expect you to do exactly what they tell you to do and sometimes I’m not sure what they are talking about.  Because of their high stress job, sometimes they can be pretty hateful if you make a wrong turn.  They also have the power to make you call the tower after landing and they can cause you trouble with the FAA if you do something really bad.  For that reason I have always felt that flying is flying and it’s about the same everywhere you go but talking is the most stressful part for me, especially around the bigger airports.

After managing Big Sandy Regional for the last 22 years I have also noticed that I can tell how experienced the pilot is by how smoothly they talk on the radio when reporting inbound to land.  Students will stammer sometimes and really don’t sound too sure of what they’re saying, jet pilots will sound smooth with their call in, that’s not true 100 percent of the time but it’s true most of the time. 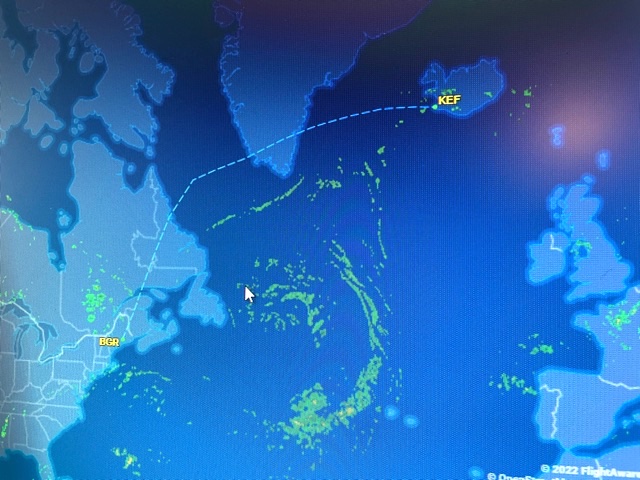 I was sitting in the office about 6 years ago when this strong British accent came on the unicom while inbound for landing.  I noticed the different way he asked for his airport advisory and informed me he would be needing some fuel and would like to eat at our cafe’.   I parked his plane near the fuel farm and directed him to the Cloud 9 Cafe’.

He was actually from England and his friend and co-worker was from Ireland.  They worked in the aviation consulting business in Europe and were on vacation in the United States.  They had flown into Chicago on a commercial flight, rented a plane there and were touring the country.

We had a chance to talk after they ate.  The pilot’s name was Nick Snow, he owned a Cirrus SR22 airplane in England, (the same kind they rented here) and his friend’s name was Diarmuid O’Brien.  They came to the USA to go to the world’s biggest fly-in, Airventure in Oshkosh, Wisconsin.  After the airshow they were taking two weeks to tour the country.  They had been all over the Midwest, mostly at smaller airports.  They were on their way to explore the East coast before returning to Chicago to fly back home.  Nick and Diarmuid had spent the night in some of Nashville’s finest ‘honky tonks’ and were on their way to Washington, DC.  Before they left Nashville’s John C. Tune airport, they asked a local guy if he knew where they could find an airport with a restaurant on their route.  The guy in Nashville had eaten at Cloud 9 before and he suggested they stop at Big Sandy.

Nick and Diarmuid loved the freedom of flying in America, they said flying was much more restricted and expensive in Europe.   I asked them if I could do a Facebook post about their adventure and they said it was okay and sent me a friend request after they landed that evening.  We have been friends ever since.  I have followed their adventures, their vacations and  business trips for the last 6 years.  They have flown all over the world commercially on business and into many European cities in their Cirrus SR22.  They make comments on my Facebook posts every now and then.

Recently they made a return trip to America, they stopped back in again and said my airport is the only airport they did a return visit to.  They were staying at Smith Mountain Lake, near Roanoke, Virginia and flew to Big Sandy just for lunch and to say hello.  It was really good to see them again.

They knew I had been to Europe on vacation (because of my Facebook posts) and we talked about how different our countries are on some things.  I told them how much I enjoyed the old churches, historical sites and all the history of the European continent.  It’s amazing to look at a church that was built 1100 years ago in Edinburgh, Scotland and a church in Cologne, Germany, that took 600 years to complete.  Nick lives about a 2 hour drive outside of London and he had just completed a three car garage next to his home.  I had seen pictures of his garage and told him how nice it looked and since we had been talking about old structures, he told me that his new three car garage was built next to his 450 year old house.  It’s just amazing to think that just normal everyday citizens in Europe live in homes that are older than the United States.

I check the website, FlightAware, all the time during the day.  FlightAware lets me know when and where traffic is coming from, it’s a very helpful website when you manage an airport.  Last summer I noticed a King Air 200 en-route from Bangor, Maine, I didn’t remember ever having an airplane from Bangor before.  Bangor is what pilots use for international flights to Europe, it’s the last major refueling point in the Northeastern United States and there’s a lot of water to cross to get to Europe.

Since I thought it was so unusual to get a flight from Bangor, I looked up the history of where the flight originated from.  The King Air 200 started from just outside Munich, Germany, flew to Northern Ireland, refueled, then went across the North Atlantic to Retkjavik, Iceland.  From Iceland, they flew across the southern tip of Greenland, then three hours across the North Atlantic to Goose Bay, Canada, refueled, then to Bangor, Maine where they spent the night, and then on to Big Sandy.

When the pilot reported inbound for landing, I noticed a strong British accent, it made me think of my friends Nick and Diarmuid.  I parked them by the fuel farm and when they got out (there were 3 of them) they asked me where the restaurant was located on the field.  I pointed to Cloud 9 Cafe’ across the parking lot.  I was told to top-off their plane.

When they returned from eating, I told them I had noticed on FlightAware their trip log from Europe and asked them how scary it was flying across all that water.  The pilot introduced me to his wife, who was also a pilot and his friend who was along for the ride.  He said, “Ferrying aircraft is what I do for a living.  This is my 23rd Atlantic crossing and I’m ferrying the King Air 200 to Texas for the person who bought if from a company in Germany. I live on an island between the coast of England and Ireland and I have been flying over water ever since I learned to fly.  It really doesn’t scare me, I always make sure the plane is ready for the trip and has all inspections up to date.  Would you like to know why I chose Big Sandy as a fuel stop?”

“Was it is because of our restaurant?” I asked.

He said, “I was having a conversation with a fellow pilot in Cardiff, Wales, that’s in the southwestern part of the UK.  I was discussing my upcoming trip with him and he was telling me about his trip to the United States.  He told me if I would be flying over Kentucky I should try to stop in at your airport and eat at your restaurant.  He also told me to say hello, his name was Nick.”

I sold my new friend over 300 gallons of fuel and Lauren sold them lunch, it pays to be nice and make a good impression on people because, as they say on that famous ride in Disney World, “It’s a small world after all.”

Aircraft—3…3…4…Victor…departing runway 3 to the southwest…

GROWING UP IN LOUISA...Humor Gone too far