GROWING UP IN LOUISA…Humor Gone too far

I guess folks the world over have the same kinds of ideas of what a good practical joke may consist of. In my growing up years I discovered that I belonged a family of jokers. No, not the kind in a funny clown, or court jester suit with bells on their slippers, but jokesters of another variety. I stood in awe of the things these adults did to each other, all for a laugh. 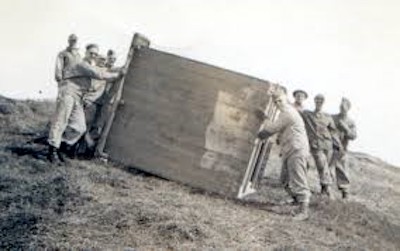 I think I’ve mentioned in prior articles of certain jokes and fables I witnessed in youth that were products of the good people of Kentucky. Some were relatively harmless. They were meant to bring waves of laughter not often pointed at the person victimized, but often just the silliness of the joke, itself. Granted, some had losers, so to speak, like the person using the outhouse when it was tipped over. Other jokes took advantage of a person naiveties, thereby turning them into a ‘laughing stock,’ for a time. Such actions either often forced the timid, or naïve youth to learn from the experience and become more mistrusting. Unfortunately, these ‘jokes’ have been known to drive others to shrink back into a shell and harbor ill feelings for the author the trick. Indeed, I suspect that murders have been committed for no less than ill-gained laughter.

I remember being told of some town folk installing my grandfather’s buggy on top of a barn roof. He took it down without comment or showing the anger he might otherwise have felt, thus denying them their reward. My wife had a relative who removed the wooden steps of a country church and then set a pig loose down the main aisle. The commotion had people running for the doors. They screamed as they fell outside where the steps once resided. Oh what fun, but the consequences were less so. People might have been hurt, but jokesters often don’t look that far ahead.

I am talking about jokes, here, and not about scams. Certainly there were slickers that would sell River City instruments and uniforms only to escape with the money, but a practical joke has the purpose mainly to laugh and make fun. Sadly, there are often victims. There are others wherein we can all laugh. A favorite early TV show of our day was Allen Funt’s Candid Camera. Watching people’s reaction when something unexpected happened was funny.

I remember seeing a ‘shadow show’ in the basement of the old Louisa Methodist Church. Several people worked behind the curtain where they had set up some large flood lights. The translucent curtain made I appear that they were doctors and nurses doing surgery on a poor woman. It really got wild when they went to sawing on their patient. They had a mannequin and amputated limbs and body parts while a lady screamed out in pain. In fact, she was still screaming when they lifted her head and held it high. The audience enjoyed this skit I know. I was there, even if a bit young at the time. 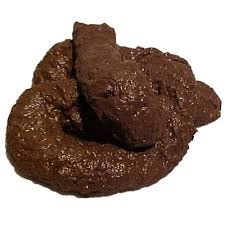 I know we bought a joke item or two from Ern’s Newsstand. One of them was a table spoon that had no bottom. The center of the bowl had been cut out, or perhaps never formed, but was useful when a guest tried to add sugar to their coffee. They could have as many spoons-full of sugar as they like and never fear gaining weight.

Another was a shiny, wet-looking, rubber dog pile. One time when a well-to-do ‘society’ lady happened by our house on rare visit we took her coat and laid the fur on the couch. When she wasn’t looking the fake nasty was placed on top of her coat for her to discover later. She nearly fainted when she saw that our dog had made an unfortunate deposit. My cousin offered to clean it off for her while my aunt apologized for the poor dog, who must have understood she was in trouble because she was hiding behind a chair. Well, it was as simple as taking a handkerchief and scooping it away. I suppose it is possible the coat went to the cleaner’s right after that.

As a consequence of this depraved background my grandchildren are showing signs of the same type. How they learned to act in this fashion is totally beyond me. They love to trick me or find new ways to ‘push my buttons.’ Now I could live with that, but when an infant of just over one year old knows to steal my pillow or my favorite chair, with the goal of aggravating me and have a laugh, things have really gone too far.

One day I had settled into work at the office just an hour or so after seeing my daughter, Kendra, off to high school. I got a phone call from her principal. After exchanging some typical niceties, he told me that he was hoping that Kendra would be doing better soon and would be back at school. My heart nearly stopped. I had seen her drive off in her newly purchased car every morning of that week. Where was she really going? I finally got enough strength to answer by telling him she was supposed to be at school. It was then that I heard the principal and Kendra shout ‘April Fool!’

I used to ‘short-sheet’ her and she tells me she never figured it out. She was too tired to care so just slept anyway she could. She stretched Saran wrap over a commode but I was lucky enough to see the reflection before I made a mess. These are the things that make life a little more fun and allow us to laugh when the joke is harmless. Those stories are told over and over at the dinner table. The younger ones listen to every detail. One can see the wheels turning as they get ideas. I think I’m in trouble. 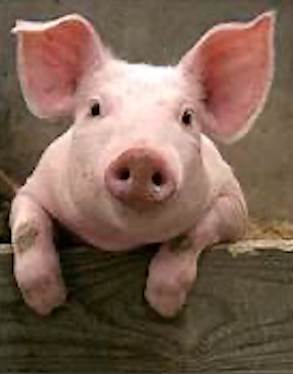 I’d ask everyone to ‘stop it,’ but I’m afraid teasing and playing is one way we silly folk express love. Sometimes it backfires, or hurts feelings, but I know that isn’t the intent. The old water bucket balanced on the partially open door got many of us wet, but we grew weary enough that it didn’t work anymore. There were many that I struggle to remember, but those memories are sweet when we think of the fun we had. I’m certain that many readers were on one side or another in setting ‘funny’ jokes. We certainly saw times that the jokes weren’t seen as funny. Thank goodness, most of us grow up. Still, remembering those hilarious times when joking with friends brings back fun memories. I’m betting a few of these jokes were experienced more widely than we think. Maybe they will remind you of some.

WHO WILL LET THE DOGS OUT (“WALDO”) 2022 rescue shelter tour includes Louisa, Ky.