KNOTT COUNTY, KY MAN ARRESTED IN PIKE COUNTY AFTER POLICE SAY HE WAS DRIVING HIS CAR OVER 110+ M.P.H. WHILE YOUNG DAUGHTER WAS WITH HIM; CLAIMED HE GOT LOST WHILE TAKING HER TO SOFTBALL GAME 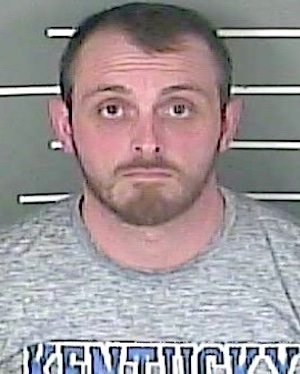 KNOTT GOOD PARENTING AT ALL: DRUNK. DRIVING WITH A HEAVY LEAD FOOT. AND HIS YOUNG DAUGHTER WITH HIM: ERIC CAUDILL, 33, OF HINDMAN, KY., WAS ARRESTED IN PIKE COUNTY BY STATE POLICE DRIVING MORE THAN 113 MPH WHILE ALCOHOL IMPAIRED AND HIS 9 YEAR OLD KID WAS WITH HIM

A Knott County man was arrested in Pike County, after police say he drove his car 113 miles an hour while under the influence with his daughter in the car.

Eric Caudill, 33, of Hindman, KY., was first clocked by a Kentucky State Police trooper driving 96 miles per hour Tuesday evening, May 31, on U.S. 23 at Dorton. When the state trooper got behind him to pull him over, another KSP trooper further down the road clocked him at 113 MPH. Eric Caudill pulled over after being pursued for three miles.

When officers went to his car, he told them he was trying to take his 9-year-old daughter to a softball tournament in Neon, but had gotten lost. That’s when police noticed a strong scent of alcohol coming from the car and found a mostly empty bottle of brandy.

Caudill was arrested for 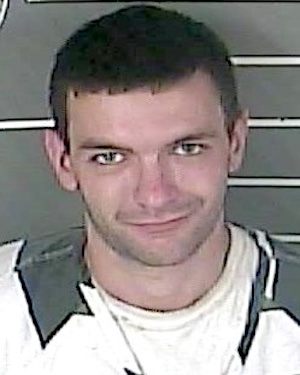 FOUR STRIKES AND YOU’RE OUT!: NATHAN A. SCOTT, 25, OF PHELPS, KY., WAS FINALLY CAPTURED AFTER HE HAD SUCCESSFULLY OUTRUN LAW ENFORCEMENT IN PIKE COUNTY, KY., IN THREE PREVIOUS VEHICLE CHASE PURSUITS.

It took not the third time, but a fourth time that was the charm, but law enforcement finally arrested a Pike County man who successfully evaded them on three previous occasions.

On Tuesday afternoon, May 31, a Kentucky State Police trooper spotted Nathan A. Scott, 25, of Phelps, KY., hauling a trailer full of washers and dryers on Route 632. The trooper knew Nathan Scott had successfully run from police three times in the past week, and when he tried to pull him over, the chase was on once again.

This time, Nathan Scott turned onto a dirt road to a strip job, losing all of the appliances from his trailer and then the trailer itself during the pursuit. Eventually, his truck stalled out and he tried to run away, but he was arrested after police deployed a taser.

Nathan Scott now faces a felony charge, along with a long list of misdemeanors and traffic violations. 13 in all, for his troubles which are as the following:

PIKE COUNTY, KENTUCKY WOMAN ARRESTED HOURS AFTER SHE RAN AWAY ON FOOT AFTER CAUSING TWO-VEHICLE ACCIDENT 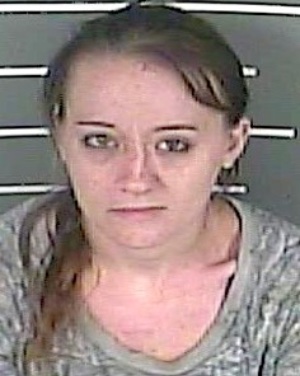 DESTINY L. SHOWALTER, 32, OF ELKHORN CITY, KY., WAS ARRESTED SEVERAL HOURS AFTER SHE RAN AWAY FROM A TWO VEHICLE ACCIDENT AND CRASH ON U.S. 23 IN THE PIKEVILLE AREA.

A Pike County woman was arrested after she allegedly ran away from the scene of a vehicle accident.

It happened just before 5:30 P.M., Friday evening, May 27, at the intersection of U.S. 23 and Stone Coal Road. Witnesses told police that the driver of a Ford Escape ran away across the Helen Brown Bridge after colliding with another car.

Pikeville Police were able to find a driver’s license for Destiny L. Showalter, 32, of Elkhorn City, KY., inside the abandoned vehicle, and witnesses identified her as the driver who ran away.

Around 9:00 P.M., later that night, the Pikeville Police Department received a report that Destiny Showalter had been seen in the Pikeville Commons shopping center, and she was soon located coming out of a restaurant bathroom.

Destiny Showalter reportedly admitted to running away from the crash, and she explained to police that she was wet and dirty because she had been walking along the river bank from the bridge to the restaurant.

Destiny Showalter was arrested and charged with