Nick was a key cog in LC’s run to the 15th Region finals this season. 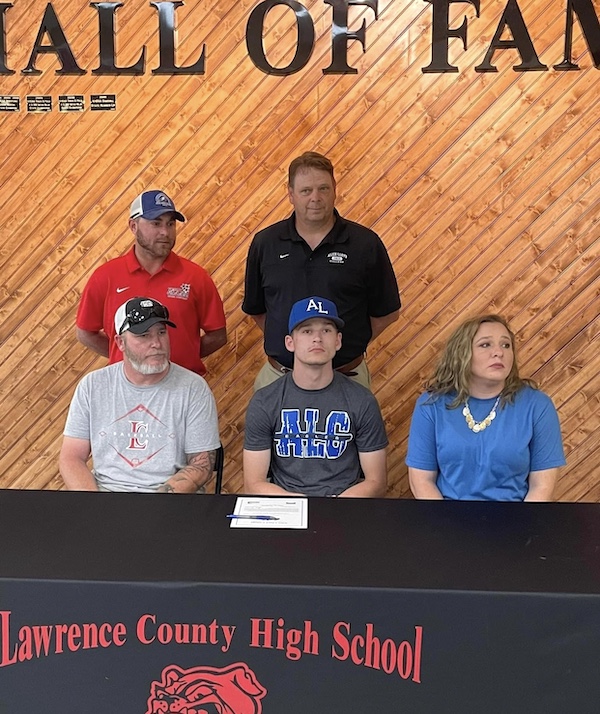 Alice Lloyd Signee Nick Collinsworth
PLAYER’S COMMENTS
“… Honestly, I love the size, it gives me the opportunity to be in 30 person classes and give me the opportunity to know my professors on a personal level. And when I went down there they treated me amazing and ultimately it seems like they truly care for the students on a personal level. Also, coach Cornett has been around baseball a very long time and even coached coach Feltner in at Alice Lloyd, so that’s the kind of coach I wanna surround myself with.”
“… Being a Bulldog is so much more than representing a school or color. When you put the word “Lawrence” on your chest you represent a family and a community as a whole. Lawrence county is so full of pride we have members of our community make it big and they never forget where they came from because they know what it means to be a Bulldog.”
“… I knew basically automatically that I was gonna come back as soon as I heard about the bill. I knew that I wanted the opportunity to play at the next level. But most importantly I knew that it would give me the chance to come back and be a leader one more year. Physically it did give me another year to grow definitely made me a lot faster and coach Skaggs put us to work everyday in 7th period.”
“… First off I want to thank my mom and dad for being there for me every step of the way wether I played terrible or played amazing. I want to thank my coaching staff who always believed in me every step of the way, most importantly coach Feltner and blevins who really helped me get looked at by Alice Lloyd and gave me the chance to go show them what I could do. I want to thank all my teammates who have grinded with me the past few years and have everything they had to each and every out. And most importantly I want to thank god for giving me the opportunity to wake up every morning and do what I love..”
Lawrence Co. Head Coach Travis Feltner
COACH’S COMMENTS
“… Just excited for his opportunity. Nick came back for an extra year and by doing so he’s given himself a chance to continue playing, but more importantly continue his education and hopefully works towards attaining a degree. That is the main thing.”

Nick with teammates and friends after signing with Alice Lloyd 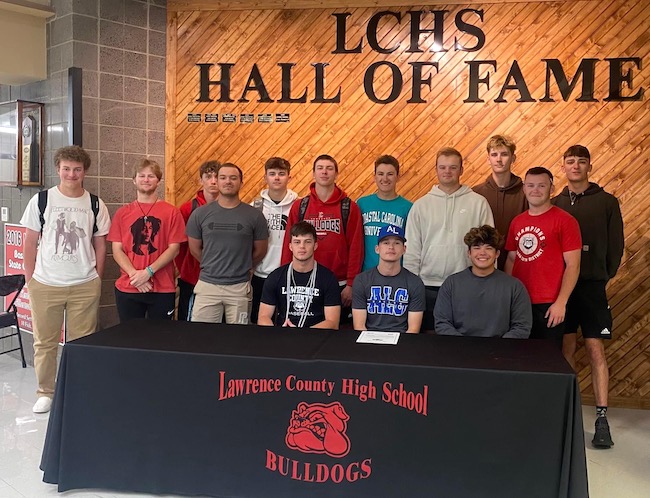