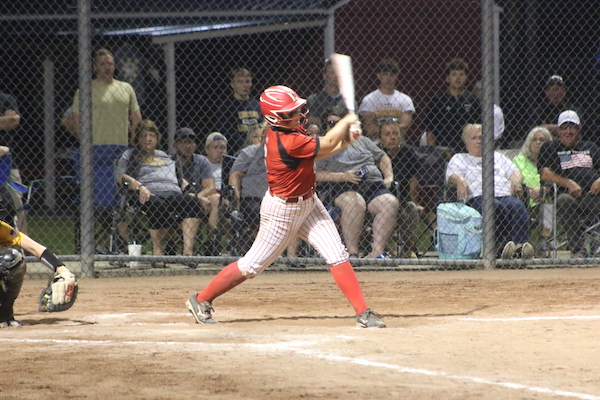 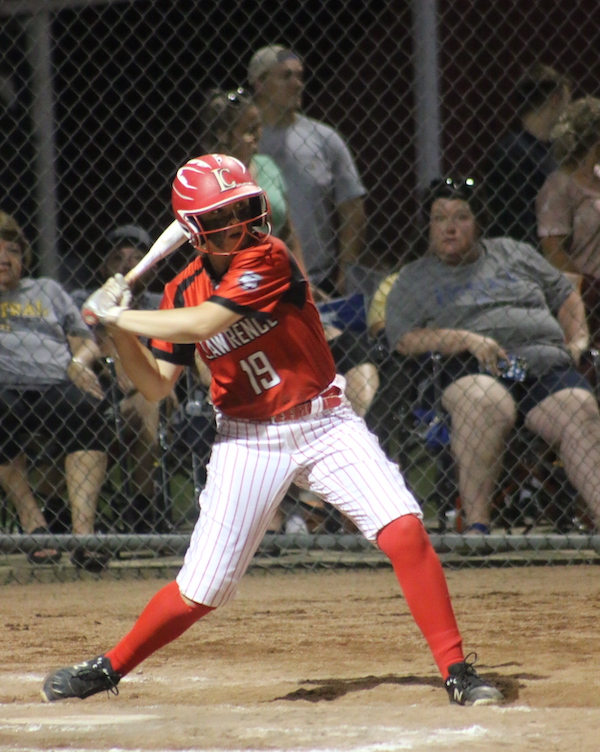 Allie Triplett suffered the loss in the circle for the Bulldogs. Only her second of the year. She had two hits including a double and scored a run offensively.

Kensley Feltner looks the runner back to first after making a defensive play. 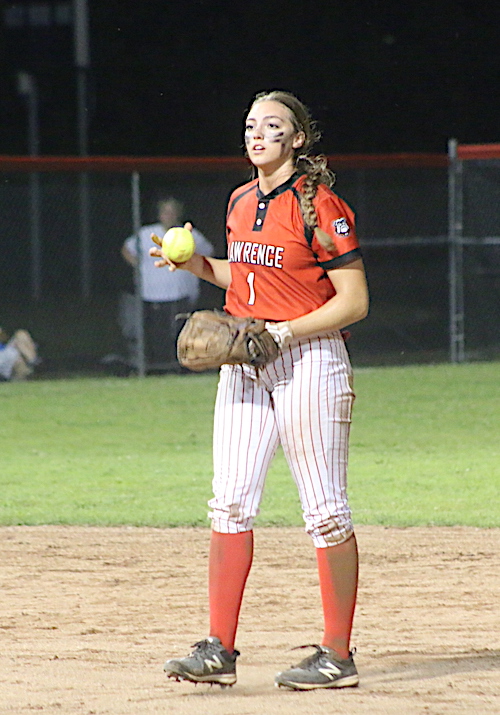 Johnson Central and Pikeville will play Wednesday night at 7:00 with the winner advancing to the state tournament in Lexington Saturday morning at 11:00 to face 35-0 Louisville Ballard the champions out of the 7th region.

The Dawgs had no seniors and only three juniors on this year’s squad. They should be primed for another good year in 2023.

“… I hated for the season to end the way it did. We have played well all year and to have a let down like that at the end is tough. 29 wins may be the 2nd best total wins for a LC softball team but that makes it even harder to swallow. I need to do a better job preparing these kids.

“… I would like to thank some people that have made all this possible. The fans have been great and we always have a huge following. The coaches and players are awesome. This group of kids have a great future ahead of them. No seniors this year again yet we have the season we had. The boosters have done an amazing job ! The community businesses have supported us like never before. To my amazing wife Kim, she never misses a game and I know she took this loss harder than I did. Also want to thank Dr Fletcher and the Administrators for all the support.”

“… We will take a little break and get back after it to try and better each position and make another run next year!”

“… I appreciate the coverage we get from the Lazer.”