THE CAUSE OF THE FATAL ATV ACCIDENT IS UNKNOWN BUT UNDER INVESTIGATION BY MARTIN COUNTY, KY. SHERIFF’S DEPT. 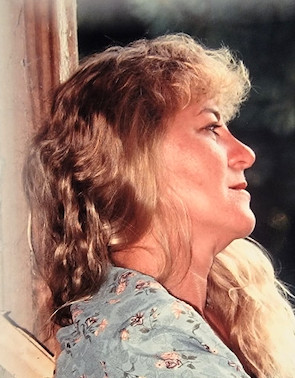 MURIEL SANRA PENIX, 60, KNOWN BY HER FAMILY NICKNAME “SAM”; 60, OF INEZ, KENTUCKY; DIED ON SUNDAY, MAY 29, FROM INJURIES SUSTAINED IN A FOUR WHEELER ACCIDENT THAT HAPPENED THAT SAME DAY IN THE TOMAHAWK AREA OF MARTIN COUNTY.

A Martin County, Kentucky woman was reportedly killed in a four wheeler accident over the Memorial Day holiday weekend.

Martin County Coroner, Chris Todd, told Hazard, KY. television news station WYMT, that the Martin County’s Sheriff Office was called to a house on Rock House Road, which is in the Tomahawk community area, on Sunday afternoon, May 29.

Mr. Todd said the woman was transported by EMS to Highlands ARH. In Prestonsburg, KY., where she was later pronounced as deceased.

According to deputy Billy Patrick with the Martin County Sheriff Office, he identified the fatal accident victim as Muriel Sandra Penix, 60, of Inez.

The cause of the deadly four wheeler accident is unknown at this time, but the case is being investigated by deputy Billy Patrick, and the Martin County Sheriff Office.

Muriel Sandra Penix (Webster) “Sam” was born September 26th 1961 in Chateauroux, France to Robert and Nicole Webster.  Sam was their fifth child of eventually eight children, during which the family came to the United States in 1964 where she grew up and lived most of her life in Ohio.

Sam leaves behind her loving husband Larry, her boys, Karson (Ashley) and Cody (Juanita), grandchildren, Lana, Cadence, Parker and Alyssa, as well as her brothers, Dan (Ruth), Mark, Joel (Aimee Jo) and Wayne (Cheryl) Webster; her sisters, Kim Webster, Francie (Joe) Roberts and Vicky (Jeff)  Ondraka, and many nieces and nephews; as well as she will be dearly missed by her husband Larry’s children, whom she thought of as her own; daughter, Tamara (Mike) Loverich, Jason (Linda) and Nathan (Holly) Penix and their children, Fiona, Logan, Garrett, Josh, Chase, Braedon, Riley and Quinn.

Funeral services will be held on Thursday, June 2, 2022 at 1 PM in the chapel of Crum Funeral Home. Burial will follow in the cemetery at Trace Fork. Friends may visit at the funeral home on Thursday beginning at 12 PM until the time of services. Arrangements are under the direction of Crum Funeral Home of Inez, KY.