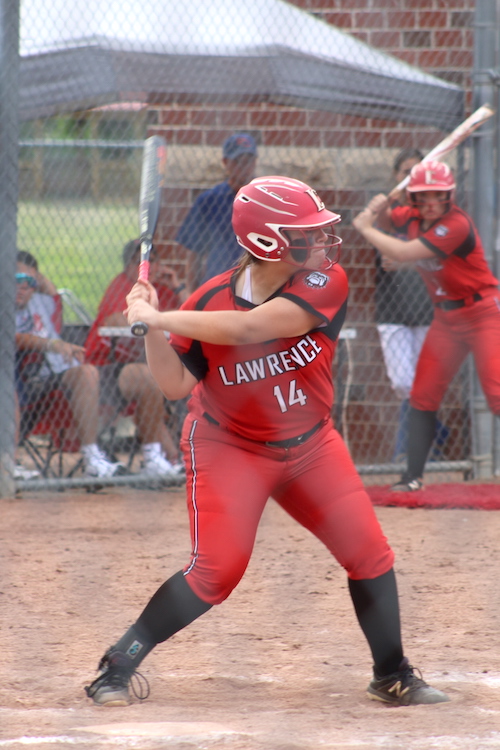 Taylor Blevins picked up another win for the Dawgs Monday. 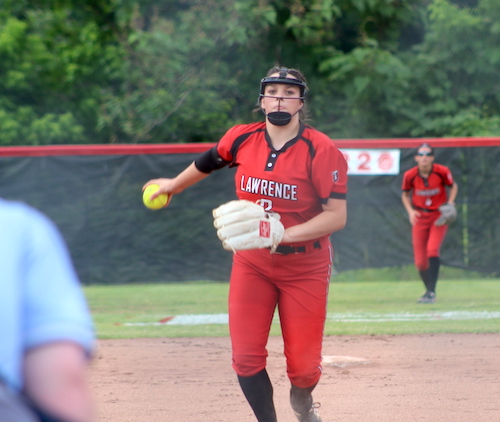 Taylor Blevins went the distance to collect her 15th victory of the season in the circle.

Gracie Preece fires to first base to get the out. 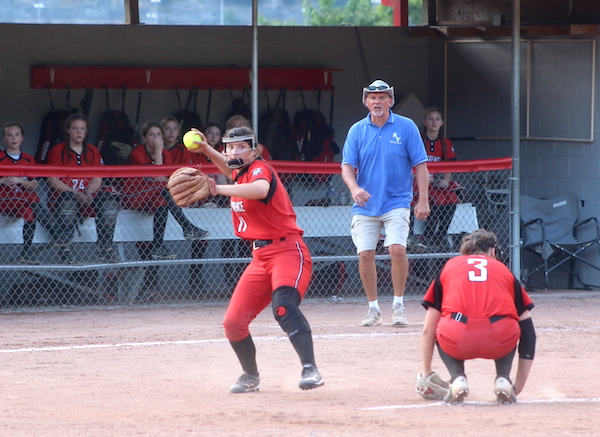 The Bulldogs will face Johnson Central ( 23-13 ) after the Golden Eagles beat Belfry 4-0 in the third game on Monday.

Dani Crum dives into second base versus Shelby Valley Monday. 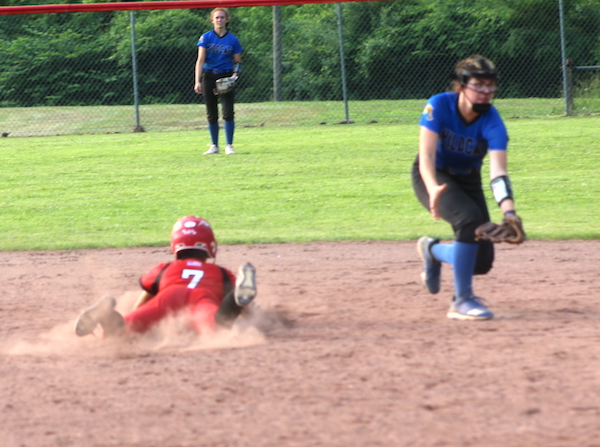 The Dawgs and Golden Eagles will play in the second semifinal game at 8:00 on Tuesday. Lawrence Co. took two out of three from Johnson Central during the regular season.

Championship game is slated for Wednesday night at 7:00.

The Dawgs huddle before the seventh inning against Shelby Valley Monday. 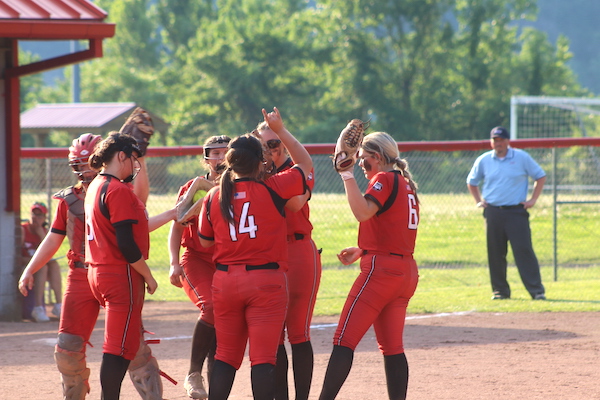 “… Huge to come back in the bottom of the second with that six spot, Shelby Blevins clutched up with two doubles and six runs batted in. The play that Ella Fitzpatrick made on defense stopped that inning so I want to give her credit as well. Other kids hit the ball well to be on base for Shelby who is on fire right now.”

“… Excited about the victory and moving on to the semis, we just have to keep playing the way we have been the past couple of weeks.”

“… Johnson Central has a good program, they are always capable of beating you no matter what anyone thinks. We have to play clean to win. We had a few mistakes tonight that we haven’t made in a while. We have two of the better outfielders in the state and they have been making those plays all year long. This is what it’s all about it’s like Christmas in June. I live all year for this moment, all those sleepless nights pay off right now when you get a win like this and get a chance to play Johnson Central in the semifinals.”