The Dawgs scored first in a Grover Maynard RBI single that drove in Will Lafferty in the first inning.

Will Lafferty catching a pop up against Paintsville on Saturday. Lafferty scored the only run versus Johnson Central and also made the 15th Region All-Tournament team. 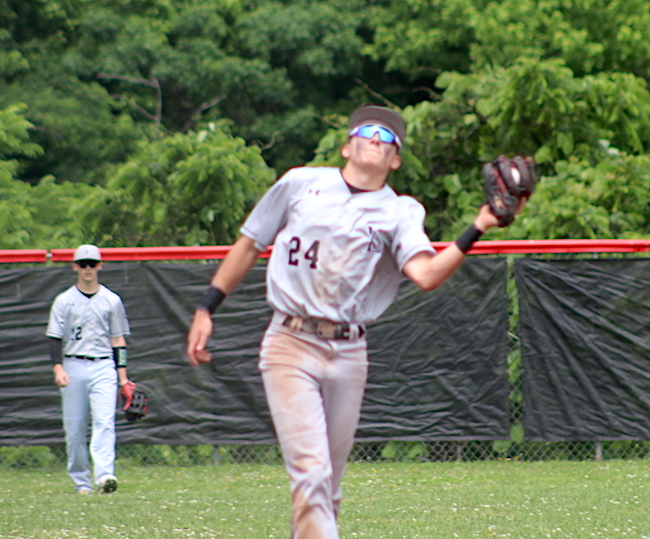 The Golden Eagles answered with four runs in the top of the second inning and that would be enough to capture the title.

The Dawgs loaded the bases in the seventh but couldn’t push across any runs.

Luke Patton was outstanding in the semifinals against Paintsville, singled versus Johnson Central in the championship game and also made the 15th Region All-Tournament team. 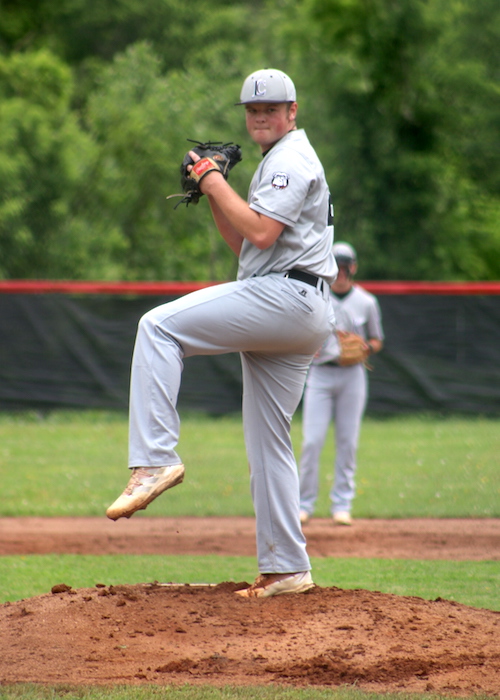 Luke Patton threw a complete game three hitter, struck out 12 and allowed only one run to advance the Bulldogs to the 15th Region title game.

Jake Derifield walked with the bases loaded for the first run against Paintsville and made the 15th Region All-Tournament team. 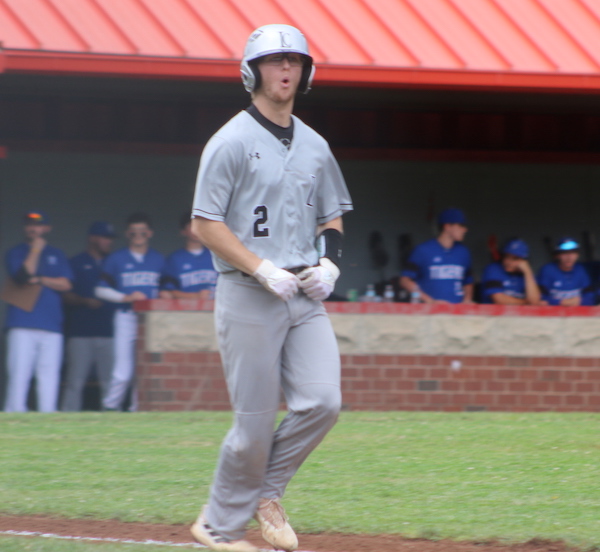 Lawrence Co. broke a scoreless tie with three runs in the top of the sixth inning behind a bases loaded walk to Jake Derifield and a pinch hit two RBI single by Dylan Whitt.

Dylan Whitt is fired up after giving the Bulldogs a 3-0 lead against Paintsville in the semifinals. 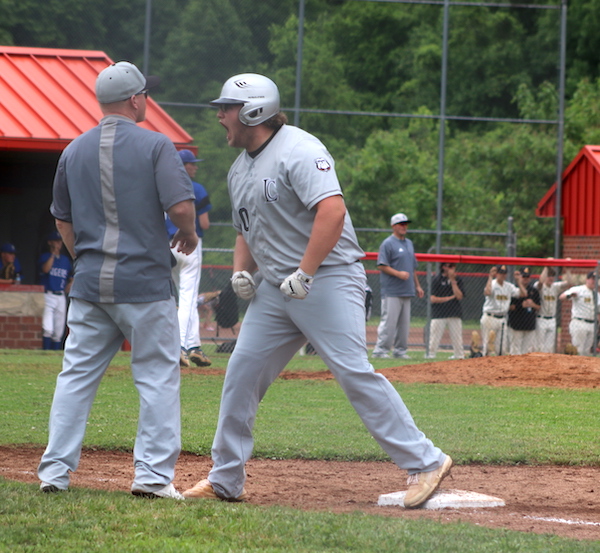 “… Baseball is a funny game. Some crazy things can, and sometimes do happen. Hats off to JC they showed up this week and played solid enough baseball to win it.”

“…We just never could get anything going offensively, which for most of the year has been a strong suit for us. It’s certainly disappointing right now, but these guys had a remarkable year and made a great run at it.”

“… Appreciate our seniors and what they’ve given to us during their careers. Looking forward to making some adjustments and improvements to get back to winning this thing.”