BELFRY, KY. — Jake Derifield and Talon Pollack threw a combined no-hitter as Lawrence Co. ( 27-7 ) made quick work of Pike Co. Central 15-0 in the first round of the 15th Region tournament Tuesday night. They will face Paintsville in the semifinal match on Saturday at noon. Today’s scheduled game has been called a rainout. 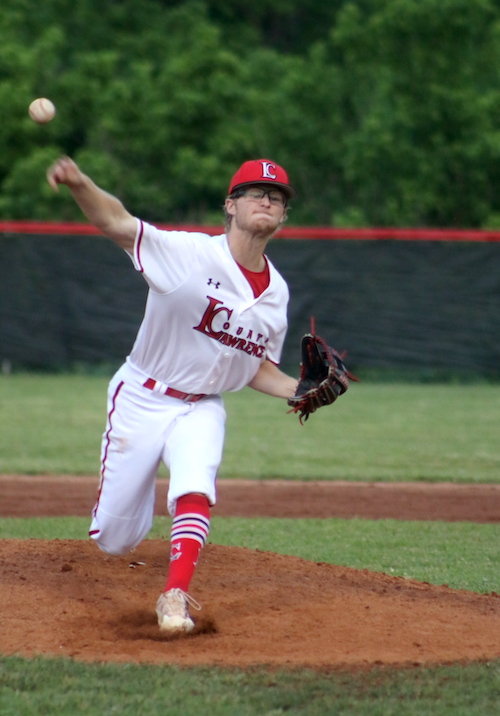 Derifield started and went two and 2/3 innings before Talon Pollack recorded the final out to secure the three inning mercy rule victory.

Eli Fletcher connects for a two run single on Tuesday. 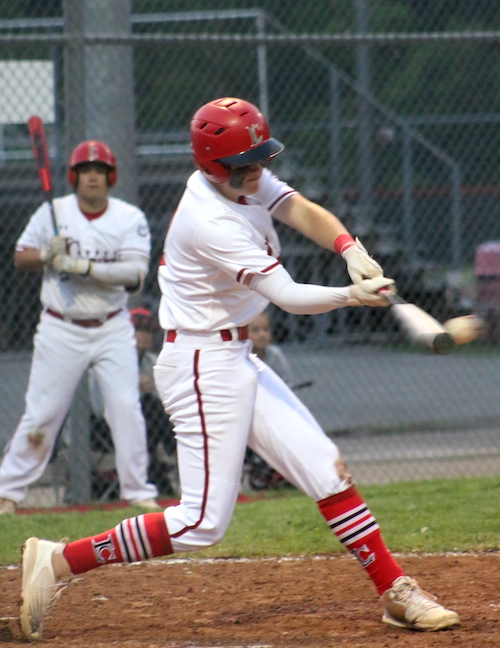 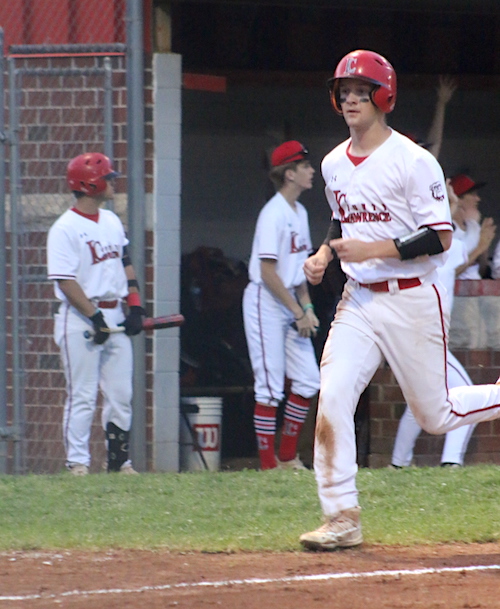 The Bulldogs will face Paintsville ( 23-13 ) in the semifinals on Saturday at 12:00 noon  after the Tigers beat Shelby Valley 6-0 in the first game Tuesday. The Dawgs were supposed to play Paintsville today but the game has been called a rainout, officials said.

The two teams split in the regular season with Paintsville winning 11-10 in Louisa and Lawrence Co. winning 9-3 on the road just a few weeks ago.

Johnson Central defeated Belfry 9-5 and Prestonsburg beat Pikeville 6-0 on Wednesday in the other first round games.

The Golden Eagles and Blackcats will play at 2:30 on Saturday in the second semifinal.

The championship game is slated for Saturday Night.

“… This time of year it’s about winning and advancing. Our boys were focused and sharp against Pike Co. Central. Semifinals Thursday night should be a dandy. Two programs that have met a lot through the years in big games. Our boys know the challenge before them and I’m confident they’ll be ready.”