With the school year coming to an official end around Memorial Day, it has become the de facto start to summer. Many of you have your own family traditions for this three-day weekend when the temperature typically heats up; backyard barbecues, yard games, or time at the lake or poolside to create treasured family memories.

These special times with family and friends, and the memories they make, are impossible without the sacrifices of many who laid down their lives to bless ours. Properly honoring the memory of fallen service members demands a celebration with a heart of gratitude and a deliberate effort to educate our children on the significance of Memorial Day. 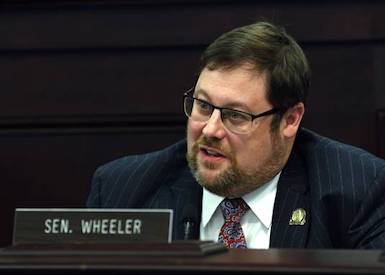 Consider how fortunate we are to live as United States citizens and residents of the Commonwealth of Kentucky. No other country boasts the freedoms we enjoy in this country, a country founded on religious liberty and the pursuit of happiness, no matter how one defines that.

Protecting those freedoms requires a military force like none other.  Memorial Day was established to honor those who perished in the Civil War, which claimed more lives than any conflict in U.S. history. In the late 1860s, Americans began holding springtime tributes to fallen soldiers, decorating graves, and praying together. These are the traditions that remain with us today.

Originally known as “Decoration Day,” Memorial Day became a federal holiday in 1971. In May 2000, a “National Moment of Remembrance” was established as an opportunity for residents to join together and memorialize the brave servicemen and women who lost their lives in the line of duty.

As you create cherished memories with your family this holiday weekend, engage in conversation with the impressionable young minds in your family. Express to them the magnitude of the holiday, which honors those who have died to maintain the freedoms allowing us to lead fulfilling lives.

I am reminded of the profound words of President John F. Kennedy in 1963:  “As we express our gratitude, we must never forget that the highest appreciation is not to utter words but to live by them.”

It is my honor to serve as your state Senator. I encourage you to seek out a Memorial Day ceremony honoring our fallen along with your other family traditions.  I wish you and yours a safe and blessed Memorial Day weekend.