GROWING UP IN LOUISA…More Old School

The front steps of the old ‘normal’ college were wide and meant to carry numbers of students up to the auditorium. The steps turned about halfway with a landing. Just off that was a small classroom I had during my senior year. The teacher was Charles Gray, but I don’t remember what subject he taught. I recall he was considered handsome by the girls, and I remember once going fishing with him and a few boys. We fished on the Tug fork, but I don’t remember if we caught anything. 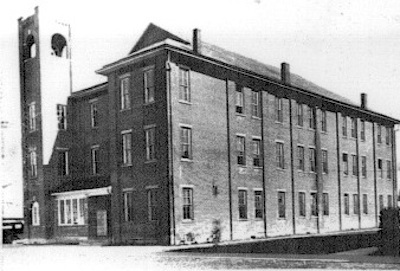 Mr. Gray was a preacher so teaching wasn’t all he did. I remember the church had a prefab house built on a corner lot. I was amazed it went up in a little more than a month. I don’t think he continued to teach in the years to follow.

Other classes on the first floor that I remember are a bit foggy. I know Kenneth Hays had a room across from the two large study halls. While I never took any classes there, I heard the talk that he was fairly easy to lead into conversations about sports. He and his wife were members of the church I attended, so I certainly knew them. I recall the excitement when they adopted twin girls. I remember him talking about the little bundles of joy in the well-oiled hallways and out in the bookstore. 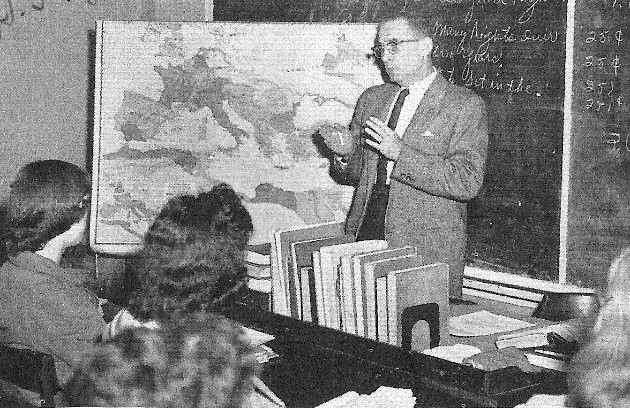 We had to go past the bookstore which was a favorite hangout for faculty. I would often stop and buy a candy bar and listen to the latest gossip. The bookstore was on the way to the restrooms, which at one time were outhouses of a sort. It had commodes and a long metal trough for use as a urinal. They weren’t heated and were pretty open since they were used by the crowds at football games. For the life of me I cannot remember if the new building had restrooms beyond those in the locker rooms for the teams. I’m guessing I just have forgotten Write with the details if you know.

I had a great class on American Government with Frank Webster who occupied the last classroom before the narrow back stairs. His approach taught me how to study. The final exam topics were shared with us and consisted of subjects such as Bill of Rights, or perhaps the Constitution. Our tests was five subjects that we were to write about over five days. Only Mr. Webster knew the order. We were given paper and pencils, so we were not allowed to bring anything into the classroom when he would announce the day’s subject. Each day for five days we had to write all we could on that day’s topic.

I remember getting with Johnny Bill Boggs to study it all. Finally, late into the night we finally chose a random listed subject and really worked on knowing that one well. When we went into Monday’s class it happened that the one we chose was selected. We wrote and wrote for an hour and turned in pages of information. That night we reviewed the remaining four subjects and finally picked another to really beef up on. The next day we found we were lucky and had chosen the right one. Again, we wrote a lot. In the end we lucked out and picked the correct order. I was proud of the things we had learned, but had no idea if we would earn good marks. We did. Both of us got ‘A’s’ and were bragged on. Whew!

The thing is, we really learned. I’d have to remember how to study throughout my life, both in college, and in my professional life.

Another thing I learned also served me throughout my life. I took my first course in typing! Yes, I still remember the tap-tap, scroll return, and an occasional “@#..!” when mistakes were made. Learning the ‘home row’ first and finally the numbers. It was hard to not peek, but we were to type pages without looking down on the keyboard. I’m using that acquired skill even now as I type this into my computer.