The Dawgs overcame an early two run deficit to beat the Golden Eagles for the second time this season.

Dani Crum cruises into third base against Johnson Central on Thursday. 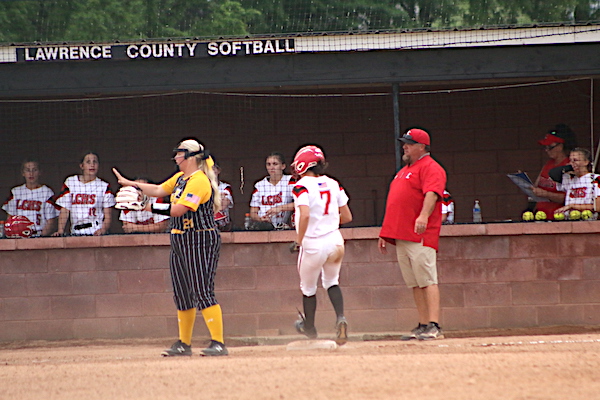 Allie Triplett went the distance in the circle to pick up the win. 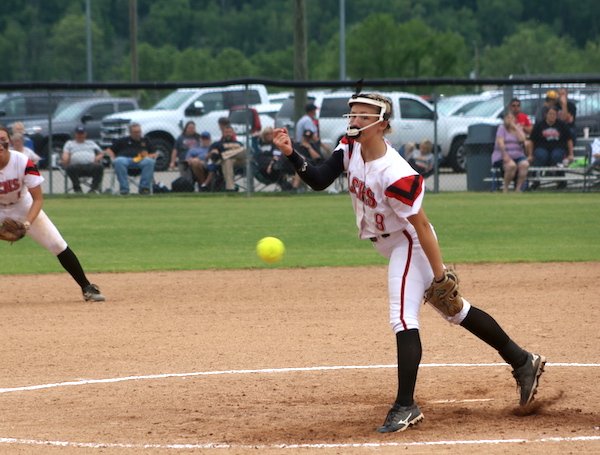 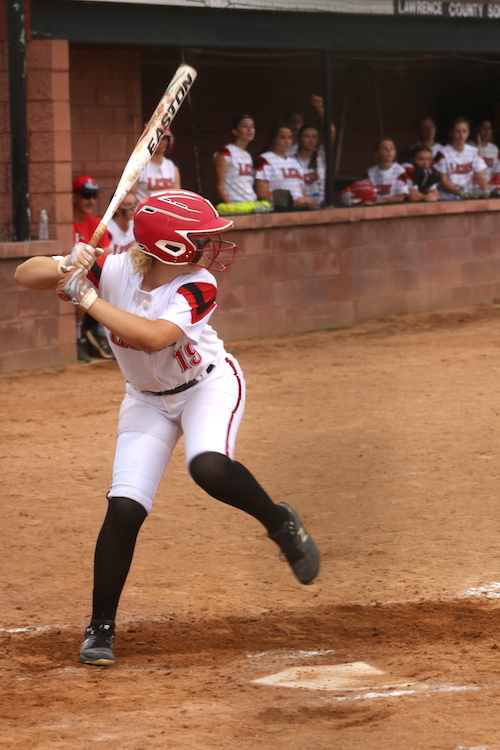 Allie Triplett went the distance to get the win in the circle, she also singled and scored a run.

Gracie Preece fires to first to record the out. 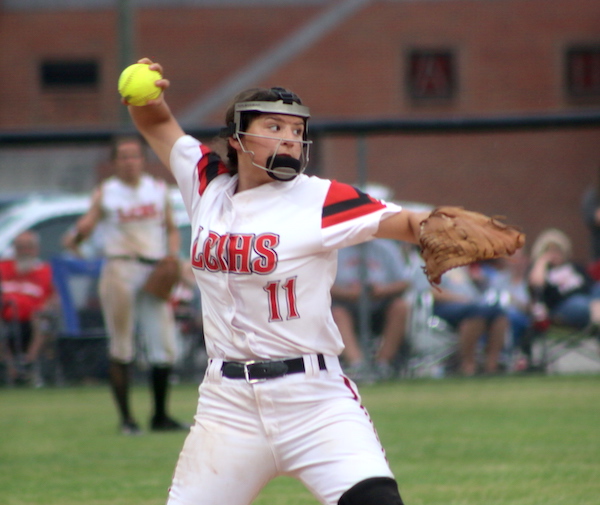 The Dawgs will open up the 58th District tournament on Monday at Floyd Central versus Betsy Layne.

The championship game is slated for Wednesday at 6:00.

“… We are playing really well right now and that’s the time of the year you always want to get hot. We have had some big wins the last few weeks but that means nothing now. I feel we are ready, we just need to play our game. This is like Christmas to me! I love this time of year! I think there are 4 to 6 teams that could win the region and I’m thankful I feel we are one of them. Play Ball!”