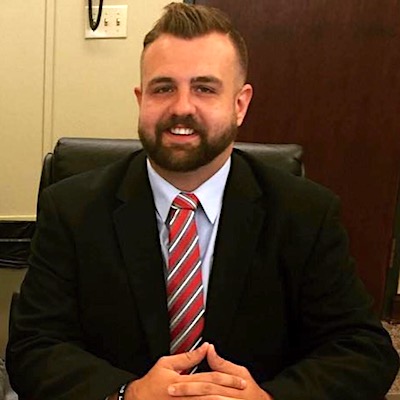 After the resignation of five-term County Attorney Mike Hogan in March, Derifield, who had been a longtime assistant under Hogan, was appointed County Attorney through the end of 2022 by County Judge/Executive Phil Carter.

One veteran political observer said the race came down to Osborne’s personality and effort, and that he was also aided by the fact that he shares the same name of former Judge/Executive John Osborne.

“Johnny’s a very personable, humble, and approachable guy, and he put in a lot of shoe leather to pull off the win. It’s a testament to his personality and hard work,” said T. J. Litafik, a statewide political strategist who has previously advised candidates in Lawrence County.

“It also didn’t hurt one bit that he has the same name as John Osborne, who lost in a squeaker four years ago, but who is well-known, and well-liked,” Litafik said.

No Democratic candidate filed, so Tuesday’s primary was tantamount to election for Osborne.

GERAD PARKER WILL BE GUEST SPEAKER AT 2022 LCHS GRADUATION…