BULLDOGS SHUTOUT BETSY LAYNE BEHIND FLETCHER AND PATTON; WILL PLAY FOR ANOTHER DISTRICT TITLE ON WEDNESDAY

Blue Fletcher looks for the sign from Mason Preston on Monday versus Betsy Layne. 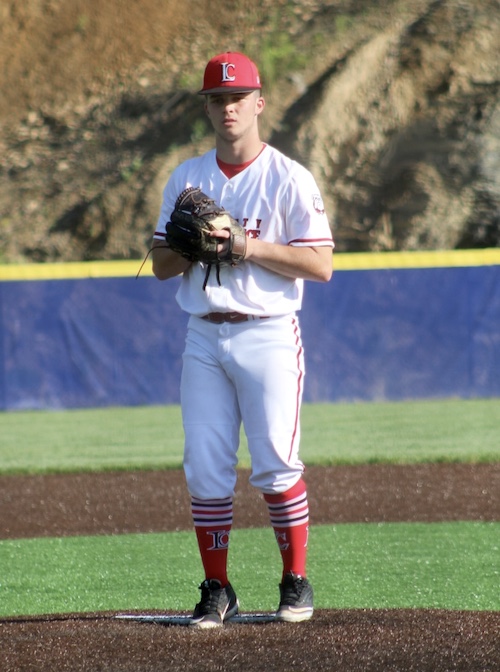 Fletcher went six innings, struck out eight, walked one and allowed two hits. He also had three hits including a double offensively.

Luke Patton trots home after hitting his sixth home run of the season. 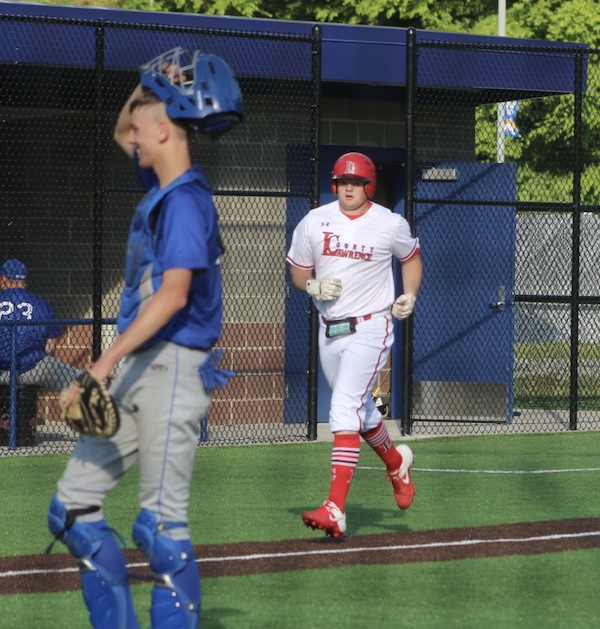 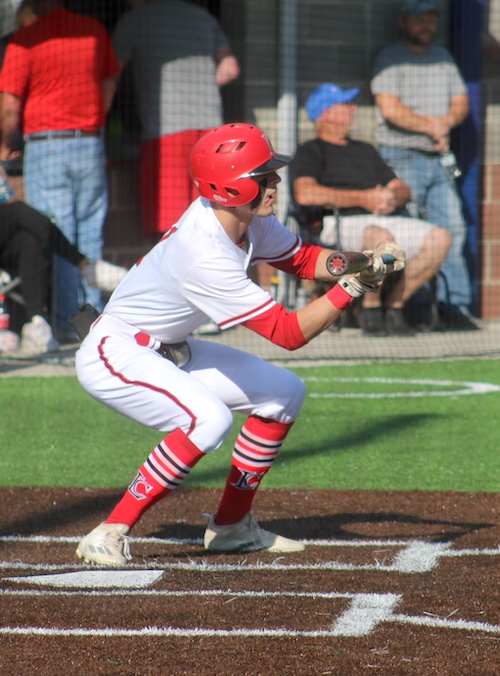 The Bulldogs had 14 hits in the six inning mercy rule victory.

The Bulldogs will face Prestonsburg ( 16-12 ) Wednesday night for the 58th District title after the Blackcats defeated Floyd Central 8-1 in the second game Monday night.

Jake Derifield makes a nice play defensively before throwing the runner out. 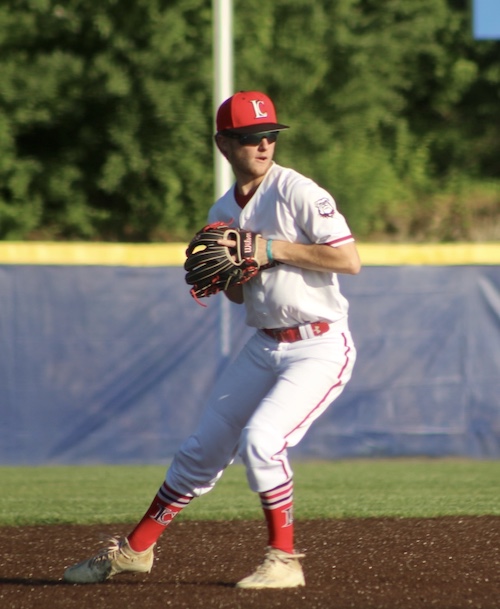 “ I say it every year that first elimination game might cause the most anxiety and doesn’t matter who you play. Every this week half of the teams in the state will be eliminated and already after Monday a lot of good teams are already gone. We tried to convince our guy to not take anything for granted going into the game and I think they handled it pretty good. We faced a team that we outscored 45-0 in the regular season. Betsy Layne showed up last night and give them a ton of credit. They were competitive and I thought we did the things that we needed to do to get the win.”

“ Blue Fletcher did exactly what we asked him to do and that is why we went with him. I trusted that he would compete and throw strikes and give us a chance to win. He is a senior and he earned those stripes. Luke Patton a big knock but we had several guys with multiple hits. Again I want to credit Betsy Layne because they didn’t help us last night. To score a ton of runs the other team usually has to help out and they didn’t do that. They made all the plays and we lifted a few balls as well. At the end of the day we will take a 10-0 victory and a ticket to the region tournament next week.”

“ Prestonsburg has a good ball club and we will see the Matt Welch who we beat 4-0 on the road and it was 0-0 going to the fifth inning. That night they didn’t help us until he walked a couple in that inning and then we hit a three run double. It will be a challenge for sure and I’m looking forward to it. They can beat anyone in the regional tournament next weekend. We have our work cut out for us but I think our guys will be ready to go.”