JOHNSON COUNTY NATIVE IS AMONG TOPS AT UK OUT 0F 3,900: GROWING UP IN EASTERN KY. MOTIVATED HER CAREER IN MEDICAL FIELD 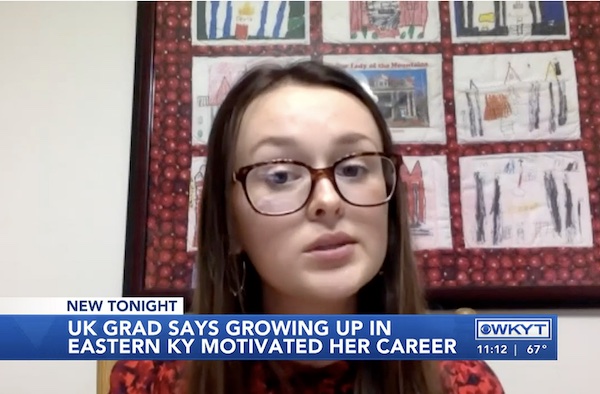 LEXINGTON, Ky. (WKYT) – The University of Kentucky’s spring commencement ceremonies begin Friday morning. One graduate hopes to give back to her underserved eastern Kentucky community after crossing the stage.

It’s the community she grew up in that motivated her change in career path.

“Once I got up to like, getting ready to graduate, picking what vet school I was going to go to, you know, you have that April 15 commitment date. I was coming up to it and I just felt like this nagging feeling, just like a gut feeling, that that wasn’t where I was meant to be at that point,” Porter said.

She had a thought: “Maybe I’ll just shadow a doctor and see how it goes.”

Now, Porter will start medical school on August 1. She realized her passion for helping people isn’t new. It started at a young age, taking care of her sick grandmother.

“I remembered how much I loved taking care of her. And that wasn’t something I had to do, it was something that I made the decision to do, because I wanted to,” Porter said. “I wanted her to be comfortable and to be cared for. So that’s just something that I want to carry on to all of the patients in eastern Kentucky or the Appalachian area.”

Following her graduation from the UK College of Medicine, Porter plans to return to her hometown community to take care of the people she said have greatly impacted her.

She’s one of 3,900 students graduating from UK this weekend.