PRESTON HOMERS AND DERIFIELD FINISHES PAINTSVILLE OFF TO CLOSE OUT REGULAR SEASON FOR DAWGS; DISTRICT TOURNAMENT MONDAY AT BETSY LAYNE

Talon Pollack got the win against Paintsville to close out the regular season. 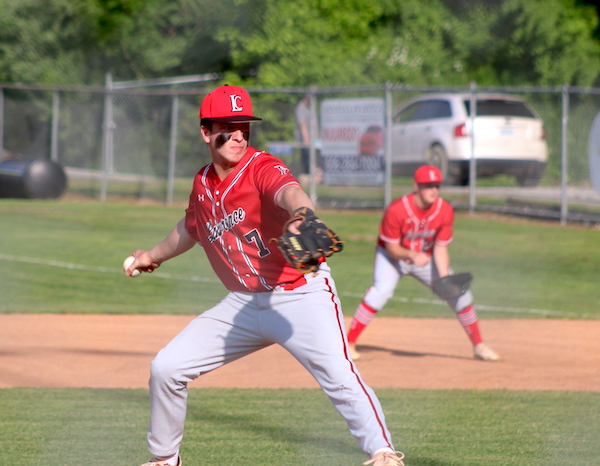 Talon Pollack went three innings to get the victory, Will Lafferty pitched two and 2/3 innings and Jake Derifield pitched one and 1/3 innings of shutout baseball and the three only allowed three Paintsville hits.

#10 Mason Preston after hitting a two run homer in the second inning at Paintsville. 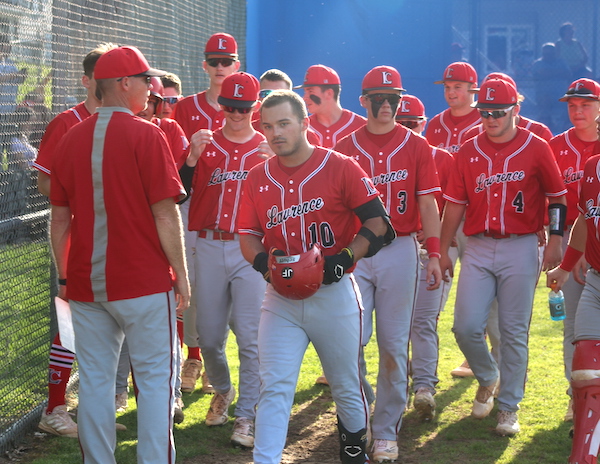 Will Lafferty had three hits and did a great job on the mound as well. 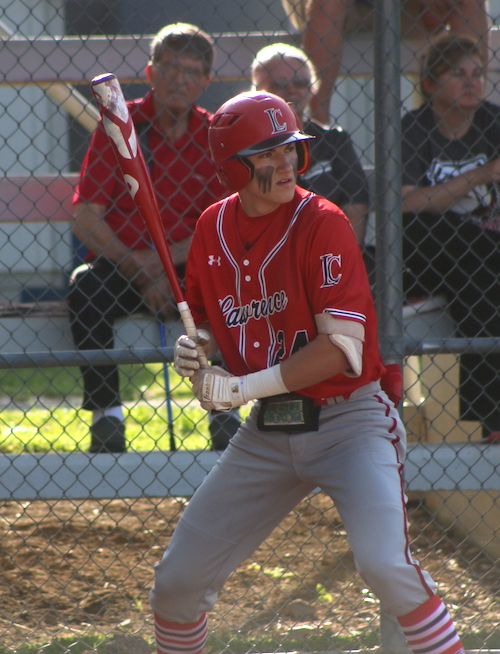 Lawrence Co. has won fifteen out of seventeen games after losing four in a row in Myrtle Beach.

The Dawgs will open up post-season play on Monday in the 58th District tournament at Betsy Layne versus the Bobcats at 5:30.

The Championship game is set for Wednesday night.

Jake Derifield fires a pitch plateward in the seventh inning versus Paintsville. 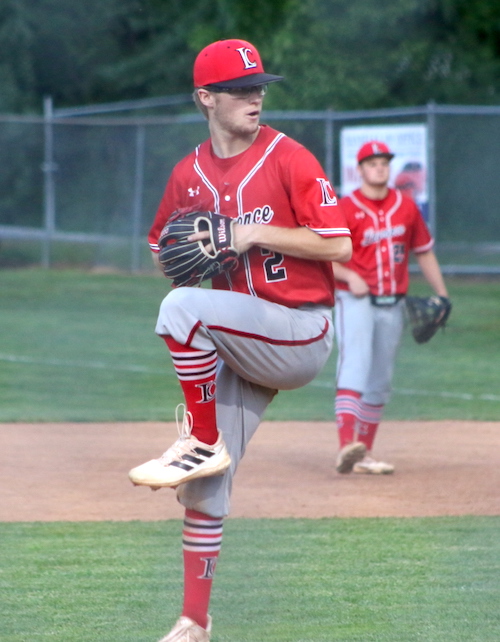 “… Mason Preston has been having a bunch of really good at bats, he has been laying off the bad pitches pretty well lately and been on time for the pitches he should hit. His home run got us going in that second inning and we end with a four spot. Ashton Miller is one of their better guys on the mound and we did a good job against him.”

“… Talon Pollack and Will Lafferty both have good enough stuff to beat anyone in the region. We have been trying to convince them to trust themselves when they get out on the mound and sometimes they don’t do that. When they don’t, they start nibbling around the strike zone. All three guys including Jake Derifield did a good job. They squared very few balls up tonight and had only three hits and scored three runs via the walk and a high hopper over our third baseman’s head and that was my fault for having him in that close in that situation. Pollack got us off to a good start, Lafferty came in and did the damage control and Derifield closed it out.”

“… Once they made it 4-3 give our guys a ton of credit for firing right back at them with a five spot to put it out of reach.”

“… Been a tough two week stretch for us. We have played six of eight on the road against good competition. We have gone out of region and out of state as well. We have been on a nice little run and our boys are starting to figure some things out. Regular season is over and we to start District tournament on Monday and we won’t take any team for granted the rest of the way. I truly believe anyone can be beat. I guarantee somewhere down the line there has been a bigger upset.”