PHARMACISTS UP AGAINST BENEFIT MANAGERS IN COST OF MEDICINE BATTLE 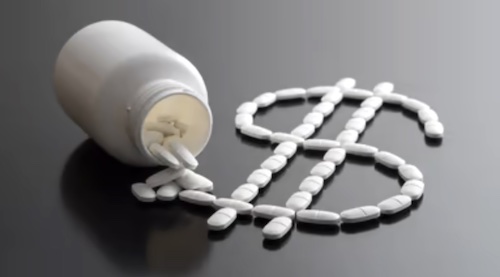 Between record-high inflation and increased gas prices, American families are feeling the financial strain at every turn. And sadly, it’s happening at the pharmacy counter, too. While the price of prescription drugs has been straining our wallets for years, one of the leading reasons why might come as a surprise.

It’s easy to point the finger at drug manufacturers, but they’re only part of the issue. The real culprit behind what we pay out-of-pocket for our medicines are pharmacy benefit managers (PBMs), whose significant role in drug pricing is unknown to most Americans—and they’d like to keep it that way.

For too long, a few supersize PBMs, many of which are owned by equally supersized health plans, have enjoyed skyrocketing profits at the expense of patients, providers and employers while they happily spin a yarn about how they’re supposedly improving accessibility and affordability of healthcare.

Do you really feel like your health plan has ever saved you money or made your life easier?

Unlike others in the healthcare sector, PBMs operate with little transparency or oversight. And it’s in the shadows where they use devious schemes to pad their bottom lines at the expense of the people and businesses they claim to serve.  For example, when a manufacturer offers a rebate or discount for a medication, the savings are kept by the PBM and not the patient who needs help affording their medication.

Does that sound fair to you?

In a survey conducted by the National Pharmaceutical Council, three in five employers said their contracts with PBMs were overly complex and benefited the PBM at the expense of the employer. The data also shows that employers cover 80 percent, if not more, of commercial healthcare plans – yet they aren’t saving any money as PBMs would like to claim.

At a time when three PBM companies make up nearly 80 percent of the market and are even being investigated by the Federal Trade Commission (FTC) for their questionable practices, they will still stop at nothing to protect their skyrocketing profits.

As frontline healthcare providers, pharmacists are all too familiar with the barriers PBMs have created for our patients and their families. PBMs dictate how and where people can access their medications and how much they pay for them – and can change things on a whim. They also continue to undercut pharmacists on the costs of the medications we dispense – a practice that has left many independent pharmacists with no choice but to shut their doors and leave patients without their trusted, local healthcare provider.

Thankfully, lawmakers at all levels are beginning to hear our calls for meaningful PBM reform. In 2020, Kentucky legislators passed Senate Bill 50, an important first step in addressing PBMs’ harmful practices. But, as PBMs continue to find loopholes and workarounds, more reforms are needed.

This year, the General Assembly had another opportunity to put people over PBM profits with House Bill 457, a bill which would have protected Kentuckians’ access to the local pharmacies of their choice. Unfortunately, despite strong bipartisan passage in the House of Representatives and overwhelming support from patient and provider organizations, HB 457 was ignored in the Senate.

The PBMs and their partners at the Kentucky Association of Health Plans spent big money lobbying and advertising against the bill and the people and businesses who stood to benefit from it. Sadly, their misinformation campaign was successful this year. But we won’t stop because these problems are not going away until our leaders in the General Assembly and Congress take action on true PBM reform.

Now is not the time to sit back and accept the status quo. We’ve done that for too long and the only beneficiaries have been the PBMs and health plans. It’s time to pull back the curtain once and for all to expose exactly what PBMs are doing to increase healthcare costs for Kentuckians.

It’s time to prioritize Kentuckians over PBM profits, because enough is enough.

Joel Thornbury serves as Chair of the Kentucky Pharmacists Association and is a past member of the Kentucky Board of Pharmacy. He is also an independent pharmacy owner and a practicing community pharmacist.