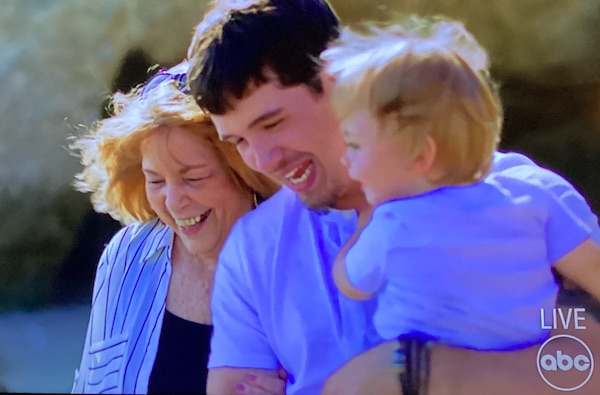 Last night on American Idol on ABC at 8-10PM, 7 contestants were ready to give their best performance yet. Noah Thompson and Fritz Hager are the 2 contestants that have Covid-19 and performed inside their rooms and not on stage.

Noah Thompson was asked about having COVID he said “I’m getting by, man. It sucks, this is my first time having COVID. I’m getting through it though.”

Thompson gave another outstanding performance on the show, which was a special Mothers Day event. He sang “Painted Blue” by Sundy Best for his first song of the evening. For his second song, Thompson sang Fleetwood Mac’s “Landslide” which he dedicated to his grandmother, Karen Preston Thompson, from Louisa Kentucky who raised him after his parents’ divorce.

Richie said COVID may be working in Thompson’s favor.

“ You know, when you’re sick, you’re sounding a lot better. When I say that, the believability, the growl in your voice, that texture — that’s called selling, man,” Richie said. “You nailed it.”
Katy Perry seemed to agree. “I think adrenaline took over, Noah, and I think you had to surrender,” she said. “You did the best that you have ever done tonight.”

The 5 AI contestants will perform again at the “Grand Finale” of American Idol on Sunday May 22, 2022 at 8PM. This will determine who the winner of AI will be for Season 20.

Go #TeamNoah Lawrence County, Kentucky and many more are Voting for you!!!

LAST PROM FOR SENIORS 2022… PLENTY OF COOL KIDS DRESS UP