Greenup, Ky. — Bryce Blevins threw a no-hitter to lead Lawrence Co. ( 20-7 ) to a 6-1 victory over Wheelersburg ( OH ) on Thursday in the Peoples Bank Classic at Greenup Co. High school.

Bryce Blevins fires the last pitch of the game to finish the no-hitter against Wheelersburg. 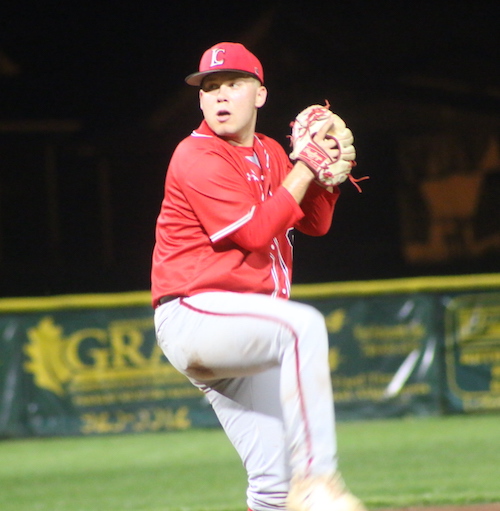 Blevins struck out 15 Pirates, walked two and one unearned run. He also had two hits including a double to help his cause.

Will Lafferty fires a strike to first base to get the Pirate hitter. 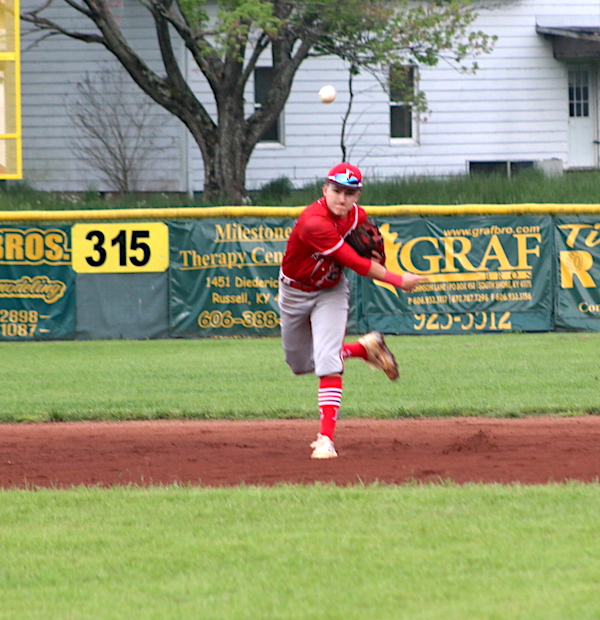 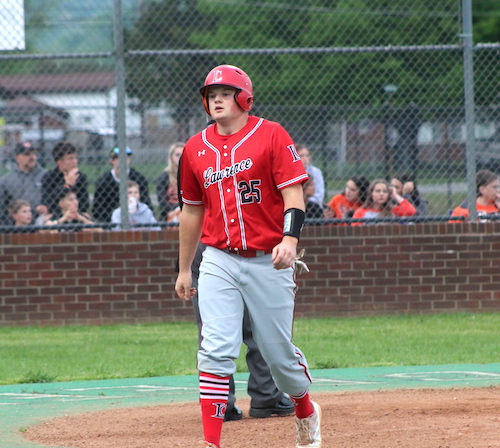 Luke Patton went the distance and only allowed one hit, one unearned run and struck out six to get the win. He also had one hit and one RBI to help his cause.

The Bulldogs will return to action on Monday with a trip to Raceland ( 18-5 ).

Coach Travis Feltner talks to his team after the Dawgs complete a 4-0 week. 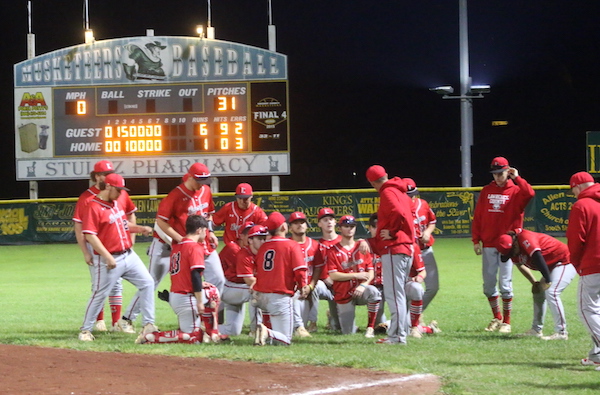 “… It’s go time now and you want to see your horses going like that. I’ve said it many years Bryce Blevins is the ultimate competitor. He has never taken the mound that I don’t think we are going to win and I mean that. I don’t care who we are playing, obviously his record is not perfect but it’s pretty darn close. For him to get a no-hitter against a team like Wheelersburg is pretty special. They have a great program and tradition in Ohio. He was a Bulldog tonight.”

“… Luke Patton has been a stud the last two outings. He has been everything that we need. I have a lot of confidence in him right now. To win a region you have to have that. To have two studs at the top of your rotation, we feel really good with only a week left before postseason.”

“… Great week for us going 4-0 against some quality opponents.”

“… No matter where I pitch I’m going to compete. You can’t control the mound or the field conditions you just have to come out each outing and give your team a chance to win.”

LIBRARY BATTLE RAGES ON: WILL PELPHREY SUE FISCAL COURT FOR ALL COUNTY'S RECORDS