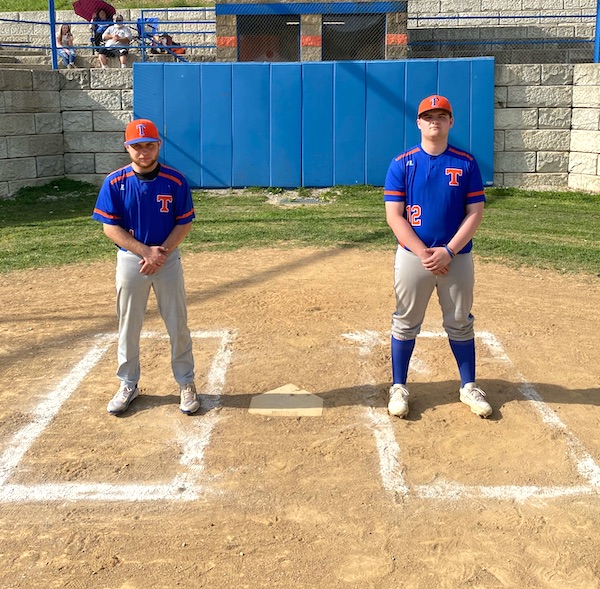 The Rebels fell behind after the top of the first inning 5-0 and couldn’t complete the comeback before the rain set in during the fifth inning.

Julian Vance suffered the loss on the mound for the Rebels.

The Rebels trailed 6-0 before coming back to stun the Royals with five runs in the fifth inning and three runs in the sixth inning.

David Dingess went six and 1/3 innings with nine strikeouts to get the victory, he also singled and drove in a run. Julian Vance hit the final two outs to pick up the save.

Tolsia softball season came to and end during sectional play earlier this week.

Tolsia baseball will travel to Martin Co. on Thursday and Rose Hill on Friday to close out the regular season. The Rebels will open up postseason play on Monday with a trip to Buffalo.

“… I want to congratulate JoJo and Lacy on all their accomplishments while at Tolsia High. They will be missed and we will try and carry on traditions that they have helped establish. They are a group of boys that will be remembered for a long time. While we hope to fill the gaps on the baseball field, it will be impossible to replace such fun personalities. I am confident they will respond well to the challenges life will present to them, just as they have on the baseball field.”