Will Lafferty connects on his first home run versus Johnson Central. 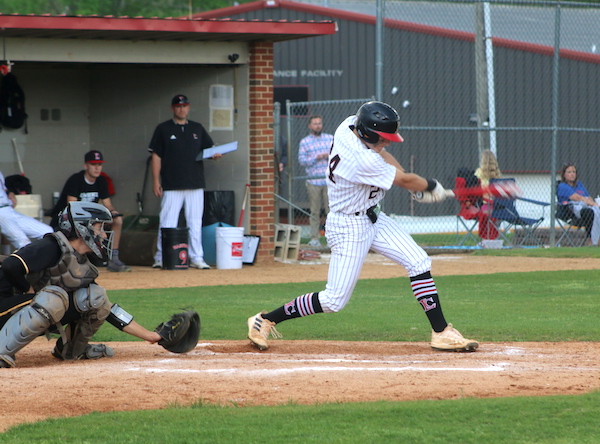 In a game that had two lightning delays and finished in the rain the Bulldogs overcame a seven run deficit to tie it in the fifth inning and then made two outstanding defensive plays by Eli Fletcher, Grover Maynard and Mason Preston at home plate before scoring three runs in the home half of the sixth to take the lead for good.

Grover Maynard makes a nice running catch against Johnson Central. He also threw out a Golden Eagle base runner at home to end the sixth inning. 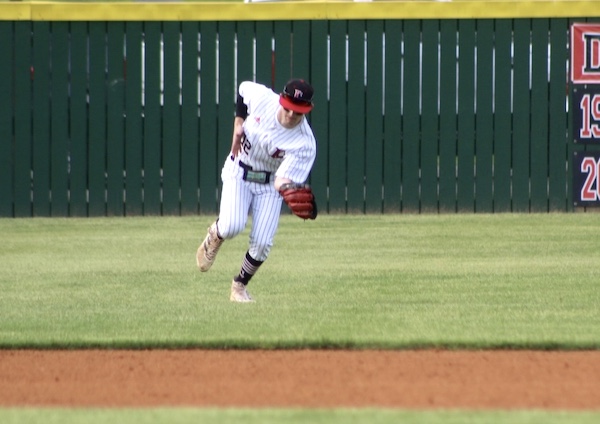 Eli Fletcher picked up the win in relief. 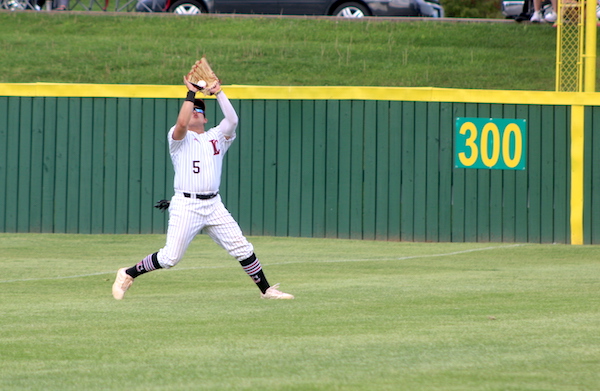 Luke Patton has been hotter than a firecracker lately including home runs in back to back games against Ashland and Johnson Central. 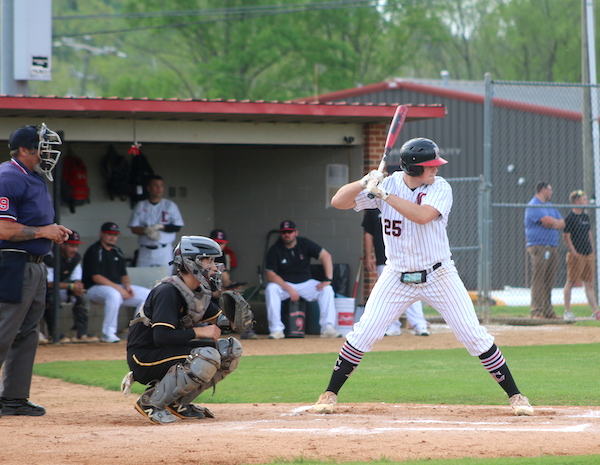 Luke Patton and Nick Collinsworth homered to lead the Dawgs to the road victory over the Tomcats.

Blue Fletcher pitched five innings of shutout baseball to pick up the win in relief.

The Dawgs will play in the Peoples Bank Classic at Greenup Co. on Wednesday and Thursday against Jackson ( OH ) and Wheelersburg ( OH ) before hosting Huntington ( WV ) on Friday.

“… That was a big time play by Grover Maynard in the sixth inning. Don’t see many High school outfield assists. That was huge. Eli Fletcher making the play on the safety squeeze right before that was big too.”

“… Blue and Eli Fletcher did a big time job the last two nights coming in relief and just pounding the strike zone.”

“… If we can get our guys going on the mound, with the way we swing the bats, we will be primed to make a run.”

“… Several clutch at bats the last two nights up and down the lineup.”

“…Will Lafferty had a huge game tonight at the plate driving in 7 runs. Wow.”

“… Luke Patton is as hot at the plate as any kid I’ve seen over the last couple of weeks. We’ve joked that ball must look like a cantelope to him, after tonight I’ve changed that to a watermelon.”