MAY 2, 2022, written by WADE QUEEN
AS OF MONDAY, MAY 2, 2022; LAWRENCE COUNTY’S OWN NOAH THOMPSON IS NOW IN AMONG THE TOP 7 FINALISTS ON AMERICAN IDOL, WITH JUST 3 EPISODES TO GO, CONCLUDING ON MAY 22, WITH THE CROWNING OF THE WINNER!! 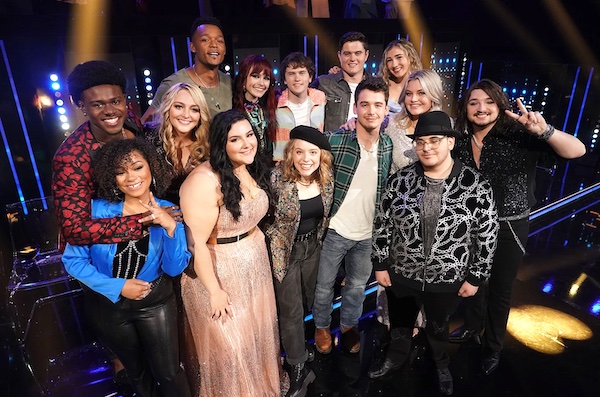 Recently however, just three days before the finalists on the current season of American Idol competed in a live broadcast to narrow the top 14 down to a top 11, they sat down with Billboard for their first in-depth interviews of their Idol run. (the interview took place on April 21).

One by one, over almost eight hours, they filed into dressing room 36G at CBS Television City in Los Angeles to be grilled about their lives, their hopes and dreams and their Idol journeys to date.

Although each contestant was interviewed privately, they named many of the same series alums as their favorite Idols. Alejandro Aranda received the most mentions, with Kelly Clarkson right behind him. Last year, it was a three-way tie for first place among Fantasia, Jennifer Hudson and Katharine McPhee.

With the revelation of who made the current top 10 now announced on the air, here are the interviews with the top 10 finalists of season 20, which can be read fully here: ‘‘American Idol’ Top 10 of 2022: Meet Season 20 Contestants – Billboard

However, for those Lawrence County and local residents l who just want to read the main interest of the article, the interview of Noah Thompson can be read in full below (On the Billboard page site, Noah’s interview piece was the last one in the article). 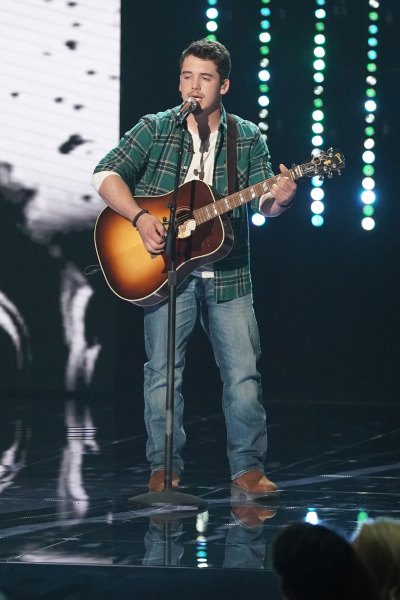 Born: April 18, 2002 – Huntington, W. Va.
Favorite Alum: Alejandro Aranda
Musical Influences: Ryan Adams, Neil Young, Zakk Wylde, Chris Stapleton, Morgan Wallen, Eric Church
First Idol Experience: “I watched the auditions with my grandmother because I loved to see people audition. I didn’t know exactly how the show worked because I never watched it beyond the audition part, so this is all completely new to me.”

“My dad has always been a big influence on me,” says Noah Thompson. “He was always playing the guitar. I grew up around him being in a band so I was listening to a lot of different instruments at a really early age. My dad wrote songs. His band was trying to make it and that’s all he thought about. He brought me to his gigs and I would be out in the audience listening.”

And when did Thompson realize that he had musical talent? “I would sing in the shower but I would never sing in front of people. I’ve always been so shy. I started letting people hear me sing around the time I was in high school. I was getting good responses but I didn’t think I had a good enough voice to do things, but people were pushing me to sing more and more and now I’m here.”

Thompson sang in his high school choir and participated in talent shows. “I was forced into doing them. The class had to have somebody do the talent part so we could win against the other classes. But I appreciate the people that forced me to do it because they pulled me out of my shell a little bit.”

Thompson studied guitar in his sophomore year. “But I didn’t take it seriously. I never pictured myself actually being able to do something like this.” When he was younger, he played drums. “At 13, my dad got me a little drum set. The first thing he gave me as a kid was a bongo and I was learning to keep rhythm at a really young age.”

And is Noah’s Idol journey helping him to become less shy?  “I’m such a private person. I think I’m always going to be shy. I’m the guy who stays in his room and does his own thing while everybody else goes out to eat. I keep telling people I’m so grateful for the process, because literally it’s opened me up to a lot of stuff. I didn’t even think about that until just the other day. It’s such a big learning process for me. And I’ve learned that I don’t sound as bad as I thought I did. It’s going a little better than I thought it would go, for sure. I truly didn’t believe I would get a golden ticket.”

Finally, Billboard asked the just-turned 20-year-old what it was like to be the father of a little boy. “It’s crazy. It wasn’t expected at the age that I am. It completely changed my life. He’s all I think about. He became my life, man. That’s what all this is for.”