FEMALE COMPANION ALSO ARRESTED, AFTER WHAT STARTED AS A DOMESTIC COMPLAINT CALL, WHERE SHE CLAIMED THE MAN WAS “TRYING TO KILL HER” 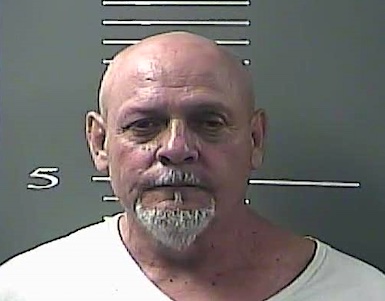 A Lawrence County man was arrested on Wednesday, April 27, according to arrest documents, after officers from the Louisa Police Department and Lawrence County Sheriff’s Office responded to a domestic complaint and discovered a large amount of methamphetamine, along with other drugs, a stolen firearm and three EBT cards that did not belong to the man in his possession.

The arrest report citation said that Louisa Police Officer Chase Kirk received a call in reference to a woman who was staying at the home residence with the man, identified in the citation as Billy Joe Howard, 55, of Louisa, and that he was trying to kill her.

According to later in the arrest citation, when Lawrence County Sheriff’s deputy Joseph Osborne arrived at the residence, officer Kirk had detained the woman after she exited Billy Joe Howard’s vehicle and ran towards officer Kirk’s cruiser, advising again that Billy Joe Howard was going to kill her.

The officers searched Billy Joe Howard’s vehicle, the arrest citation said, and they discovered approximately 12 grams of suspected methamphetamine, at which point Billy Joe Howard gave consent to search his residence, where a further search led to the discovery of a 9mm handgun reported stolen from an individual in Ohio, a “small white tube” containing more suspected methamphetamine, an orange twist top container with suspected marijuana and a plastic bag containing Tizanidine (Zanaflex) muscle relaxer pills. In Billy Joe Howard’s wallet, the arrest citation said, officers found three electronic benefits cards that did not belong to him.

Billy Joe Howard was arrested and charged with five criminal offenses, which were as the following:

Billy Joe Howard was transported to and lodged in the Big Sandy Regional Detention Center, in Paintsville, where he remained as of Saturday evening, April 30.
Meanwhile the woman who was detained by officer Kirk after running to him and saying that Billy Joe Howard was trying to kill her, found herself unfortunately in the end, was placed in handcuffs too. 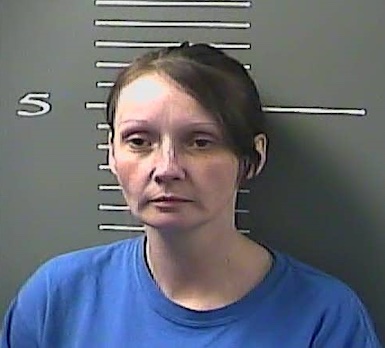 The woman, who was identified as Jessica Leshea Borders-Wallen, 36, of Louisa, was arrested on four criminal offenses as well. Ms. Borders-Wallen was charged with:

Jessica Leshea Borders-Wallen was transported to and lodged in the Big Sandy Regional Detention Center, in Paintsville, where she also remained as of Saturday evening, April 30.

No court dates have been set yet in both Billy Joe Howard and Jessica Leshea Borders-Wallen cases’.

LAWRENCE COUNTY'S NOAH THOMPSON IN “TOP 7” ON AI AT DISNEYLAND