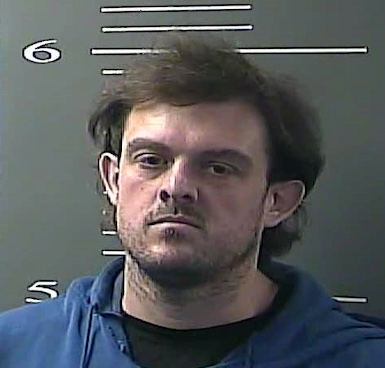 JOHN D. KING, 32 , OF LOUISA, KY., WAS ARRESTED IN MARTIN COUNTY LATE FRIDAY NIGHT, APRIL 29, ON A FIRST DEGREE RAPE CHARGE, ALONG WITH A PAIR OF UNLAWFULA TRANSACTIONS WITH A MINOR COUNTS..
A Lawrence County, KY. man is in serious legal trouble after he was arrested in Martin County, KY. late Friday on a sex assault charge, along with separate unlawful transactions counts as well.
Details in this case are scarce in details at this time, but the alleged male perpetrator suspect, identified as John D. King, 32 , of Louisa, KY., was arrested at around 11:00 P.M., Friday night, April 29, by deputy William Tyler Lafferty of the Martin County Sheriff Office.
John King was charged with one count of
* RAPE, 1ST DEGREE; and he was also charged with two separate counts of
* UNLAWFUL TRANSACTION WITH/MINOR 2ND DEGREE.
It is not known at this time if the reported rape victim was an adult, or a juvenile minor, nor their sexual gender of the victim.
John D. King was transported to and booked at the Big Sandy Regional Detention Center in Paintsville, KY., in Johnson County.
Stay tuned to The Levisa Lazer for more information updates on this case.
ShareTweetShareSendPinShare
Next Post

GROWING UP IN LOUISA: The quiet times

Leave a Reply to Not a retard Cancel reply