BRIDGE ON ROUTE 581….CLOSED SINCE 2018, GETTING ATTENTION 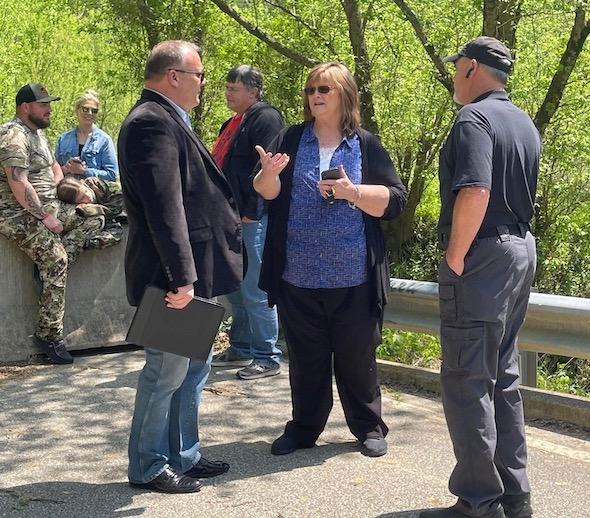 BRIDGE ON ROUTE 581….CLOSED SINCE 2018, IS GETTING ATTENTION FROM STATE OFFICIALS AGAIN

The bridge has been closed since 2018 and county officials have been trying to get it repaired or replaced and reopened.

According to Sharp there is now money appropriated in the budget and it is on “a list” for 2023 and hopefully can be moved into 2022. Doty said the county is working to get the engineering and prep work so it will be ready for “early 2023”.

There are some preliminary things that have to happen which impacts the timeline, Sharp said.. “Nothing is set in stone yet, but there is progress on it.”