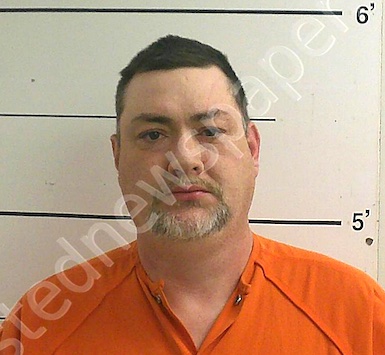 A Louisa man who was indicted earlier this month by a Lawrence County grand jury involving charges in a case of child sex abuse and incest, was already in severe legal troubles as he is also facing higher degree charges stemming from an indictment early last month in Boyd County, KY.

On Thursday, April 14, 2022, the Lawrence County Grand Jury handed down an indictment against a man for incest and sex abuse of a minor.

Clinton Whitt has yet to have appeared in Lawrence County Circuit Court, and this case against him will have to take a backseat for now, as Mr Whitt has been sitting in a jail to the immediate north of Lawrence County for the past six weeks, due to being indicted on even more severe child sex crime charges during the earlier part of last month

On Monday, March 7, 2022, Clinton Whitt was indicted  by a Boyd County grand jury on a host of sex crimes involving a minor under the age of 12 years old.

According to the Boyd County indictment, Clinton Whitt sexually abused the young victim, who was a stepchild, between March 2017 and August 2020.

Three of the four charges lodged against Clinton Whitt, the first degree rape, first degree sodomy and incest counts, all involving a victim 12 years old or younger of age, are Class A felonies, punishable with between 20 and 50 years in prison on each of the three most serious charges.

Clinton Whitt surrendered himself on Wednesday, March 9, to the Boyd County Sheriff’s Office and has been held at the Boyd County Detention Center in Catlettsburg, KY., on a $250,000 full cash only bond.