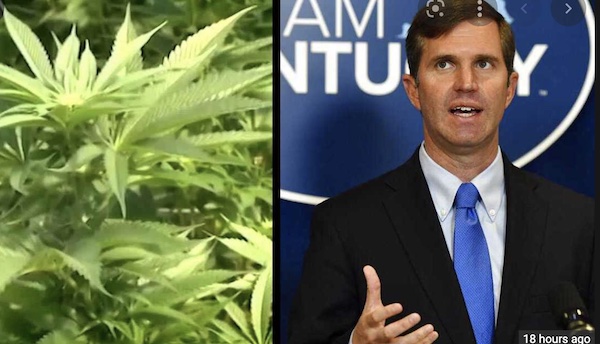 The Governor said that despite wide public support, legislation on medical cannabis once again was not passed by the General Assembly.

The Governor said those suffering from Alzheimer’s, ALS, cancer, severe and chronic pain, epilepsy and seizures, post-traumatic stress disorder and other conditions in many other states can work with their health care providers to gain access to medical cannabis to help treat their symptoms. Medical cannabis is a popular treatment and often referred to as an alternative to highly addictive opioids that many are still prescribed to deal with their pain.

As of February 2022, a total of 37 states, Washington, D.C., Guam, Puerto Rico and the U.S. Virgin Islands regulate cannabis for medical use by qualified individuals.

With so many Kentuckians supporting moving forward on medical cannabis, including many in the state’s House of Representatives, today the Governor announced four steps his administration is taking on this important topic: