WEST VIRGINIA MAN WHO WAS WANTED ON PAIR OF FUGITIVE WARRANTS IN TWO STATES BY FEDERAL LAW ENFORCEMENT, IS CAPTURED IN LAWRENCE COUNTY AFTER POLICE PURSUIT IN LOUISA AREA

CHASE ENDS ON U.S. 23 VIA COMPLEX MANEUVERS BY OFFICERS TO STOP THE SUSPECT’S CAR BEFORE THE HIGH SPEED PURSUIT COULD POTENTIALLY TURN TRAGIC 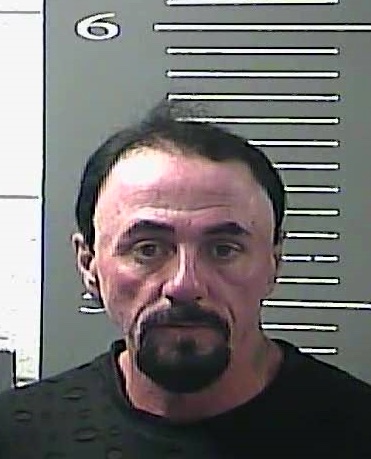 HE RAN AWAY FROM THE LAW; HE LOST IN THE CHASE: RONALD L. ADKINS, 53, OF HUNTINGTON, WEST VIRGINIA; WHO WAS A FUGITIVE SUSPECT WANTED ON WARRANTS IN TENNESSEE AND WEST VIRGINIA; WAS FINALLY CAPTURED AFTER A POLICE VEHICLE CHASE IN LAWRENCE COUNTY ON THURSDAY EVENING.

A West Virginia man who was wanted on fugitive warrants in a couple states, was arrested early Thursday evening after leading numerous law enforcement officers on a chase through downtown Louisa and onto U.S. 23 which then went into a short high speed pursuit that ended several miles south in southern Lawrence County 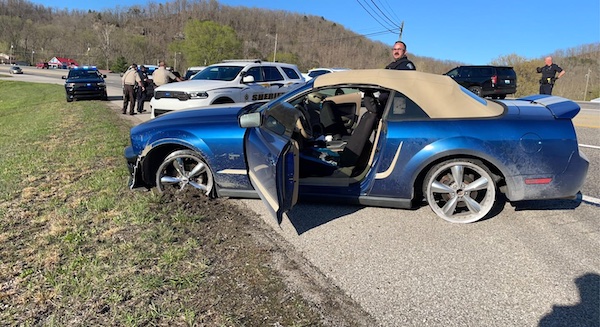 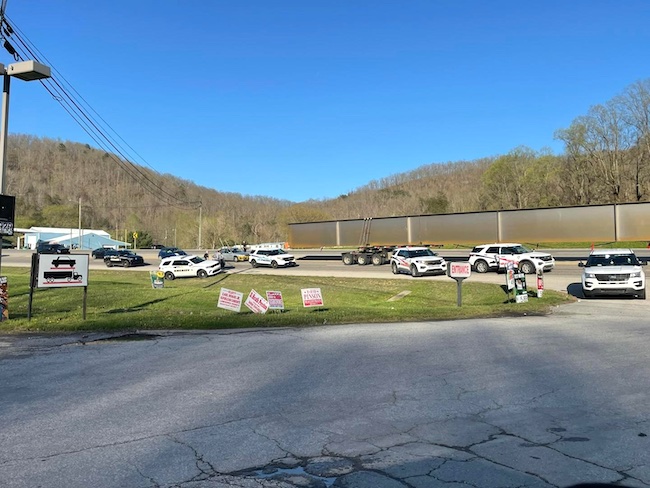 CHASE GAME OVER: FUGITIVE SUSPECT’S VEHICLE WAS STOPPED BY HIGHLY TRAINED ACTIONS OF THE  OFFICERS WHO WERE INVOLVED IN THE CAR CHASE.

Officers were soon able to eventually successfully deploy spike strips, and utilize a low speed box in maneuver of the vehicle Ronald Adkins was driving, which led to bringing the chase to an end, with no injuries to any officers, the public, or the suspect.

Ronald L. Adkins was arrested by officer Teddy B. Newsome, of the Louisa Police Department.

Besides the charges Ronald Adkins faces on the two of state fugitive warrants that he was hunted for by U.S. Marshals, he is now facing ten (10) new charges from the law enforcement chase in Louisa and Lawrence County.

Ronald Adkins new charges are as the following:

Ronald L. Adkins was transported to, was lodged, and is currently being held in the Big Sandy Regional Detention Center in Paintsville, KY..