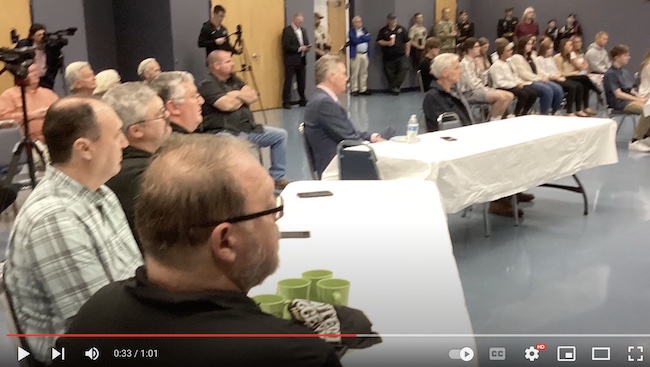 Rand Paul was in Louisa today….

LOUISA, KY. — On Tuesday April 12, 2022 US Senator Rand Paul (R) KY came to the Lawrence County Community Center in Louisa, Kentucky. His reasoning for coming to Lawrence County was to “meet and greet” local community leaders in our area. This was one of his stops through eastern Kentucky.

Senator Paul touched on several topics including economic development, infrastructure, tourism and education. When it comes to gas prices Paul said, “When the government put controls on gas in the 1970’s, it backfired, there was no gas — so you have to find the underlying problem.”

LC Judge-Executive Phil Carter spoke about infrastructure and tourism. He stated “According to the 2020 Census, Lawrence County grew slightly and was the only county in eastern Ky to have growth in the last ten years.” LC Tourism Chairman Wes Kingsmore presented Sen. Paul with a “Protect the Accent” T-shirt signed by Noah Thompson and LC Tourism coffee mugs.

LC Supt. Dr. Robbie Fletcher said the schools are ready.  “Our LC school system is willing to work with Rep Sharp on adding vocational education opportunities if there could be a company move to our area,” Fletcher said.

Ky State Rep. Scott Sharp introduced himself as a retired 22 year military man, pilot and educator. Sharp stated he would soon travel to Germany with his son recruiting business for our region. He also responded to Supt. Dr. Robbie Fletcher stating he would return to visit the LCHS Aviation Program.

Louisa Mayor Harold Slone said he thinks the biggest problem Lawrence County has is a 1960’s sewage system that will not sustain growth. 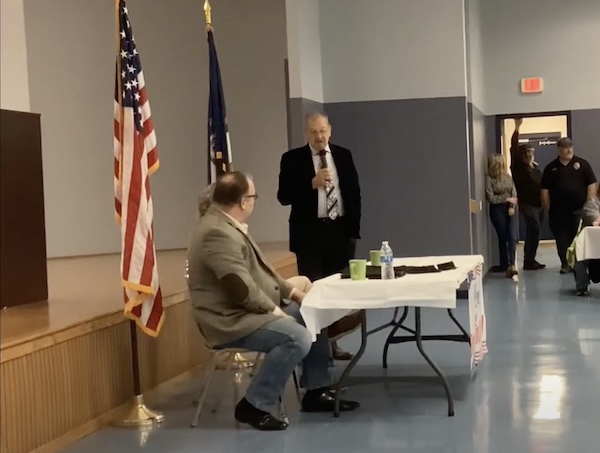