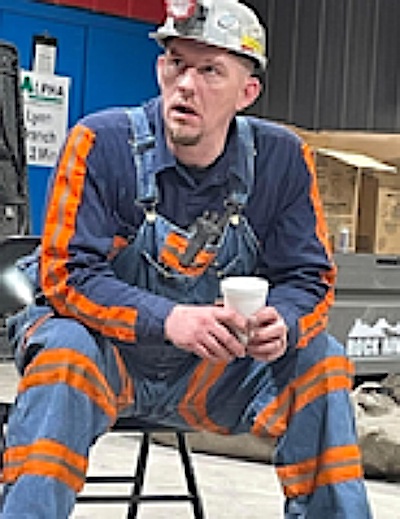 JAMIE LEE PORTER, 39, OF INEZ, KENTUCKY; WHO WAS THE PERSON KILLED IN A ONE MOTOR VEHICLE ACCIDENT CRASH NEAR INEZ VERY EARLY THURSDAY MORNING, APRIL 7,  THE SECOND DEADLY ACCIDENT IN THE INEZ AREA IN FOUR DAYS.

One person, an adult male, was killed in a single automobile vehicle crash near Inez, Kentucky early Thursday morning, April 7, in what was the second deadly automobile accident in the Inez area in four days.

According to information from the press release statement from the Martin County Sheriff Office,  the auto crash happened around 3:00 A.M., on Kentucky Route 40, along Blacklog Road, along a well known sharp curve in the road near Inez.

Emergency personnel and law enforcement officials responded to the crash scene, where it was reported that the driver, who was later identified by Martin County Coroner Chris Todd as Jamie Lee Porter, 39, of Inez.

In the police report, it stated that Jamie Porter, for some unknown reason(s), apparently lost control of his vehicle, and hit hard into a tree near the road. Jamie Porter was transported by ambulance to the Highlands ARH Regional Medical Center in Prestonsburg, KY., but Jamie Porter was later pronounced deceased by medical officials at the hospital.

The cause and circumstances of the fatal crash remains under investigation by the Martin County Sheriff Office.

Jamie Lee Porter was born February 12, 1983 in Louisa, KY to the late Luther Porter and Sally Johnson Porter of Inez, KY. He was preceded in death by his father; while in addition to his surviving mother, Jamie Porter is survived by his wife, Holly Hedges Porter, three sons, Luther (Alexis Slone) Dingess, Joshua (Savannah Harmon) Dingess, and Caleb (Tara Sansom) Dingess, all of Inez, KY, one daughter, Kaitlyn (Aaron Dial) Dingess of Morehead, KY, and two sisters, Angela Dalton and Misty (Robert) Dillon, both of Inez, KY. Jamie Porter is also survived by one granddaughter, Presley Faith Dial of Morehead, KY,

Burial will follow at the Johnson-Porter Cemetery. Friends may visit at the church on Friday and Saturday from 5 PM to 9 PM. Arrangements are under the direction of Crum Funeral Home of Inez, KY.