The Rebels went winless last season but have been putting in work in the weight room and around the facilities to get better this off season.

Tolsia will open the season against rival Wayne at home on August 26th. 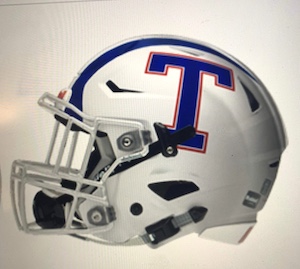 “… It’s always been a dream of mine. I’m excited and it’s been one that I have always wanted. I’ve worked my whole life for this job and it’s almost like hitting the lottery for me. I have been here so long, It seems like I have been apart of the school one way or another since it opened. I was here when the building burned down, I was here for the state championship games. I graduated in 1989 which was the first full class to go through the halls. Once I was done playing I started helping with the youth league and then I was apart of five Wayne Co. middle school championships at Fort Gay. I just bought my time and when the opportunity came I was more than ready to bring Tolsia football back to what it used to be.”

“… The kids have worked so hard to this point, probably some of the best off season workouts that we’ve had in a long time. They have been wonderful and have smiles on their faces. Coming off a winless season you would think the moral would be low but it has been the complete opposite. They are ready to turn the page and are excited for the next step. It kind of reminds you of the years that we were with he work that they are putting in. I think they were ready for some new voices and it has rejuvenated them. And they’re excited, They’re like sponges, they’re soaking everything in, we pretty much have a new coaching staff in here now and all of them bring something different to the table. The kids really like them and it really shows in the workouts. I’m a firm believer that if they enjoy it and they enjoy coming to practice and enjoy coming to workouts then they will really enjoy Friday nights when the bright lights are on.”

“… I think all kids should play as many sports as they can. I’m a Rebel and I will support all of our programs both boys and girls. I have coached baseball and basketball and I think Tolsia high school is the best school in this area with the best kids in the state of West Virginia in my opinion.”

“… I know they struggled last year but we’re going to turn the football program around.
I promise you because losing is not in my vocabulary. I’ve always been successful and not saying that the brag, but I’ve been successful over the years. And I’m excited to teach the kids the game of football and more than excited to see what we can do. I come in here and see all the smiles and see the kids excited and putting in the work. They are flying around, giving each other high fives, encouraging each other and having fun. We have good numbers in here and have several playing baseball and running track.”

“… I played for Terry Porter and have coached under Drew Waller for a long time he brought me up to help him with Fort Gay middle in the early 90’s and then at the high school level here at Tolsia and we had some great years together. I have so much respect for both guys. Drew is such an inspiration for me and is one of the best at making adjustments on the fly. One of the best offensive minds I have ever been around. I also learned so much from my brother Beebo who is one of the best defensive coaches around along with Matt Stanley as well. We had such good defenses under those guys and I learned a ton from them both. I have so much respect for them and I have picked their brains over the years and it was a privilege to Coach along side them.”

“… We got a big donation recently from GMB Power line service and and GMB Contracting for $10,000. That is an awesome gesture from some awesome people and is much appreciated. We have already bought our seven on seven gear for the three week period, travel gear for the kids, bought new state of the art cameras so the games can be filmed, looking at a big helmet for the kids to run out of before the game. A lot of that stuff has already been paid for. We are going to do some fundraisings as well. I’ve always said that if the kids look good and dress good they will play good. We got a new design for the helmets that I know everyone will be excited for. The atmosphere is going to be great and Rebel football is going to be back. Our boosters have been working really hard led by Kelly Cole and Barb Litton they are tremendous to work with. We had a meeting and we sit here and discussed what we wanted to do, what my vision was for the kids and they were super excited and they have hit the ground running. It has been a pleasure and we have accomplished so much in a short amount of time.”

“ …You’re going to see kids that fly around and have fun. The excitement is coming back and I’m ready to get this thing going for real. You’re going to see a good brand of football, disciplined and kids doing the right thing. And a lot of touchdowns, We are going to have a family atmosphere and that’s what’s we have been saying all off-season. When we break it down it’s family.”